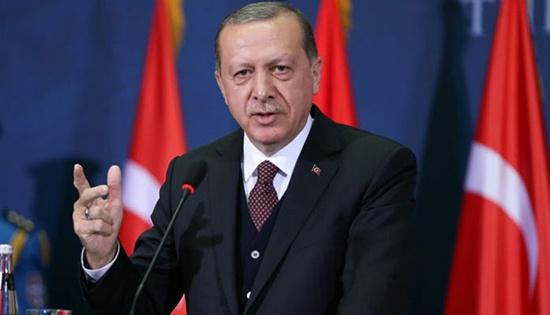 Turkey’s president met with the head of Libya’s UN-backed government in İstanbul on Friday amid heightened tensions between Turkey and forces loyal to a rival Libyan authority, Arab News reported

The Ahval news website reported that after the meeting a cargo plane carrying Turkish-made drones was sent to Tripoli.

Libya is split between two warring governments. Sarraj leads the weakened Tripoli government in the west, supported by an array of militias.

The Libyan National Army (LNA) of Khalifa Haftar rules much of the rest of the country. His ongoing offensive to seize the capital has threatened to plunge Libya into another bout of violence on the scale of the conflict that ousted Muammar Qaddafi in 2011.

Erdoğan called on Haftar’s forces to cease their attacks.

The military commander’s forces said Turkish vessels and interests would be considered targets after accusing Turkey of helping militias allied with the Tripoli government. Six Turkish nationals were freed this week after Turkey threatened action.

The LNA also said it had deployed more troops to join the Tripoli fighting.

In a telephone call Saturday, Erdoğan spoke with Russian President Vladimir Putin about the Libyan crisis, among other topics. Haftar is backed by Russia, along with his Arab allies of the UAE and Egypt.