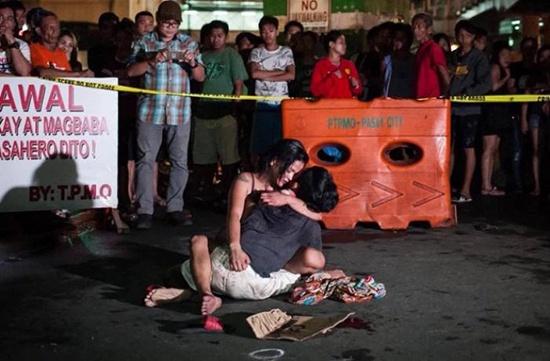 Dozens of countries support the draft resolution presented by Iceland. The Philippines has brought to over 6,600 the number of official deaths in the anti-narcotics campaign wished by President Duterte. For activists and the media, the victims are between 27 and 30 thousand. “Extrajudicial executions must end”.

Manila (AsiaNews / Agencies) – Supported by dozens of countries (many of them Europeans), Iceland yesterday presented a draft resolution asking the United Nations (UN) for concrete actions against the growing number of killings in the Philippines. Among these are the thousands of deaths due to the violent anti-drug campaign launched by the Philippine president, Rodrigo Duterte.

It is the first time that the UNHRC has been asked to face the crisis. If the document is approved, the UN Human Rights Council (UNHRC) will ask the High Commissioner Michelle Bachelet to prepare a full report on the human rights situation in the Philippines. The investigation will then be presented to the Council.

The draft resolution urges the Manila government to prevent extrajudicial executions and to cooperate with UN offices and mechanisms, facilitating visits to the country and “refraining from any act of intimidation or retaliation”.

The draft resolution highlights the “repeated concerns” regarding the Filipino situation expressed by Bachelet and other special speakers, including Agnes Callamard, threatened by Duterte himself. Observers predict that the UNHRC will vote whether to approve the document before July 12, when the 41st session ends.

The latest figures from the Philippine National Police (PNP) have led to over 6,600 the number of official deaths in the “war on drugs” commissioned by the president. 1,600 people have died in the last six months. According to media reports and human rights activists, the number of victims is between 27,000 and 30,000, counting the murders committed by vigilantes.

During the opening of the 41st session, Bachelet stated that her office is closely monitoring the situation, as the confirmed number of deaths “would be a matter of serious concern for any country”. She also stated that she supported the appeals of UN special rapporteurs for an independent investigation into the killings.