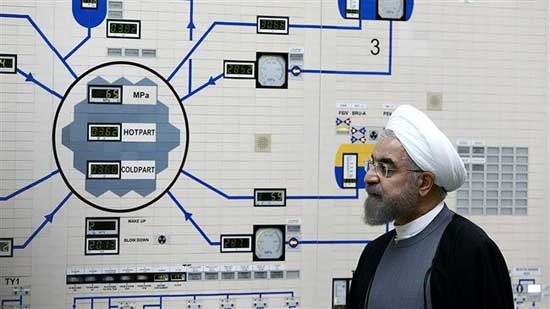 DW – European signatories to the Iran nuclear deal have urged Tehran to stop enriching and stockpiling uranium. After the US pulled out of the 2015 accord, Iran has said it will continue enrichment until sanctions are lifted.

Germany, France and Britain and the EU on Tuesday said Iran must stop violating its commitments under the 2015 nuclear deal, one day after UN inspectors confirmed that Tehran had begun enriching uranium over the stipulated limits.

Last week, the International Atomic Energy Agency (IAEA) reported that Iran had exceeded the limit of 300 kilograms of low-enriched uranium.

In a second violation on Sunday, Tehran announced that it would raise its uranium enrichment level over the 3.67% purity limit agreed to in the deal. Iran has said its actions are in response to US sanctions on its oil exports, which are choking the country’s economic lifeline.

In a joint statement released by the EU’s diplomatic body, the European External Action Service (EEAS), European signatories to the deal expressed “deep concern” over Iran’s repeated violation of several of its commitments under the Joint Comprehensive Plan of Action (JCPOA) — the Iran nuclear accord’s official name.

“It must act accordingly by reversing these activities and returning to full JCPOA compliance without delay,” the statement said, adding that a meeting of the JCPOA commission, which also includes Russia and China, “should be convened urgently,” without specifying when.

The Europeans have pointed out that Tehran has stated it wants to remain a party to the agreement, which aimed at preventing Iran from developing a nuclear weapon in exchange for sanctions relief.

France to the rescue?

France sent one of its top diplomatic advisers to visit Tehran on Tuesday in an effort to boost support for saving the JCPOA.

Agence France Presse news agency reported that Emmanuel Bonne is due to visit Iran until Wednesday, but details of his schedule were unclear. The office of French President Emmanuel Macron said the visit aimed at piecing together a de-escalation strategy.

In a conversation over the weekend, Macron and Iranian President Hassan Rouhani reportedly agreed to a July 15 deadline to “restore dialogue” between all parties and address the current impasse.

Read more: Iranians ‘stuck in a vicious cycle’ over US tensions

Tehran has said it is losing patience with what it perceives as inaction by the EU to deliver the promised economic benefits and helping bypass US sanctions.

On Monday, Iran’s foreign ministry warned it would implement a third violation to the accord if the seven remaining signatories to the deal did not find ways to counter Washington’s sanctions within 60 days.

After President Donald Trump pulled the US out of the JCPOA in 2018, the EU has worked to prevent the deal’s complete collapse, but it has largely failed to mitigate the crippling economic impact of US oil sanctions, while also being unable to keep Iran from returning to uranium enrichment.

Uranium enrichment is based on the concentration of the uranium isotope U-235, which is the element’s most reactive isotope. Lower-enriched uranium, between 3% and 5% U-235, is used for medical research and producing electricity. And enrichment to 90% yields bomb-grade material.

Last Wednesday, before Iran’s uranium enrichment spike was made official, Rouhani promised that his country would enrich uranium to “whatever amount we need.” It has so far announced plans to reach 5% enrichment.