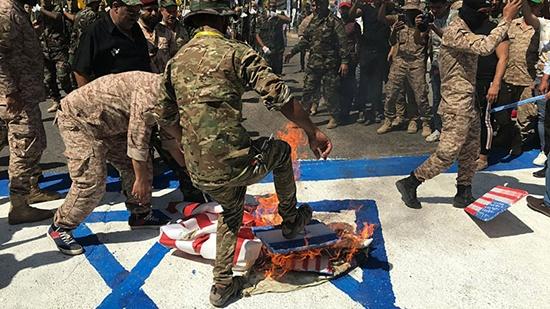 ERBIL (Kurdistan 24) – Iraq’s ambassador to Washington on Saturday said there were “objective reasons” to establish relations with Israel, a comment that later prompted the issuance of a statement from the Foreign Ministry and lawmakers demanding his recall to Baghdad.

Ambassador Farid Yassin’s words came during an interview – hosted by the state-owned Al Iraqiya channel – while answering a question about the recent US-organized Bahrain conference that presented the White House’s so-called “deal of the century” Middle East peace proposal.

“There are objective reasons that may call for establishing relations between Iraq and Israel,” Yassin said. He pointed out that there is “an important Iraqi community in Israel,” which still observe traditions from the days before they left their country.

Ambassador Yassin highlighted that developing bilateral ties would open potentials for Iraq to borrow Israeli technology, especially in the area of irrigation.

Parts of the two countries have similar climates and soil, and while water scarcity has been a critical issue in Iraq with little done to modernize growing crops, Israeli firms have innovated in the area and have come up with methods that allow for the growth of plants and minimal use of water on sandy soil, while yields remained similar.

However, the diplomat said that practical and “objective” reasons are not enough to work with the Israelis, as stronger “moral and legal reasons” that have “priority” among the Iraqi public and hinder such steps forward, in a tacit reference to the Israeli-Palestinian conflict. Among Iraqi society, groups backed by Iran are very vocal with their anti-Israel and anti-Semitic rhetoric.

Yassin’s remarks led to an upset among the Iraqi public, lawmakers, and the government alike, with the Foreign Ministry saying the ambassador’s statements were irreflective of official Baghdad policy on the “Palestinian issue.”

“Iraq’s position on the Palestinian issue is the same as the principled and historic position of rejecting Israeli occupation, and its rape of Arabic land,” the ministry said.

On Monday, an Iraqi MP from the al-Fatah coalition – an Iran-backed entity in the national parliament – called on the government to “recall” ambassador Yassin and said his statement could potentially result in his “dismissal.”

“The Iraqi ambassador’s statement does not conform to the position of the Iraqi government,” Hanin Qadou told BaghdadToday, asking Baghdad to “recall the ambassador and form an investigative counsel on what he said.”

“There is a parliamentary movement in some blocs to hold the ambassador accountable for his comment about developing a relationship with Israel that could result in his dismissal by the ministry,” Qadou added.

The Jewish community in Iraq has been documented since around 600 BC during the rule of Babylonian King Nebuchadnezzar, who captured many of them as slaves in a military campaign against the Kingdom of Judah and settled them in areas that constitute modern-day Iraq.

The peoples’ history is the oldest outside of Israel. Between 1950 to 1952, nearly 130,000 Iraqi Jews were airlifted to Israel, leaving a community of some 10,000 in the country. Nowadays, although estimates vary, at least 200,000 Israeli citizens are of Iraqi Jewish descent.

Over the past decades, Iraq has been in a formal state of war with Israel. Iraqi forces participated in the 1967 and 1973 wars against Israel. A decade later, in 1981, Israeli warplanes destroyed an Iraqi nuclear reactor, which Saddam Hussein built in the southeast of Baghdad, named Osirak.

The two sides hold no diplomatic, socio-cultural, or economic relations and Iraq considers Israel an “enemy” and prohibits any of its citizens from traveling there.