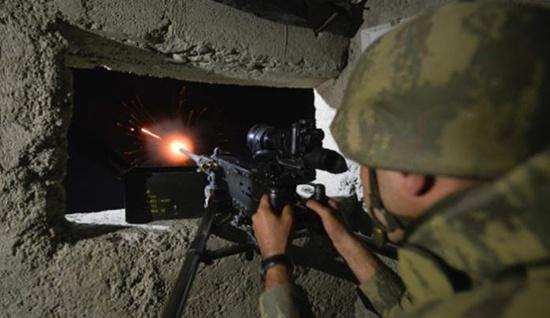 Two Turkish soldiers were killed and another was injured in a terrorist attack on Tuesday carried out by the Kurdistan Workers’ Party (PKK) in eastern Turkey, the state-run Anadolu news agency reported, citing the Defense Ministry.

The PKK terrorists targeted a military vehicle in Hakkari province, which borders Iran and Iraq, the ministry said in a written statement.

A counterterrorism operation is ongoing in the region, the statement added.

The PKK, which has been waging an insurgency against the Turkish army for decades, is considered a terrorist organization by Ankara, the European Union and the United States.