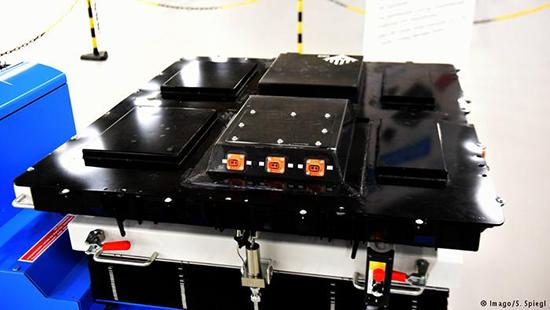 Carmakers in Europe and North America are having a hard time with the much-hyped EV revolution that they are all eager to take part in. It’s a struggle to make EVs as affordable as vehicles with internal combustion engines and governments—in Europe—are breathing down their necks with deadlines for all-electric fleets. Meanwhile, there’s a new cause for concern: raw materials for batteries.

“It’s dawning on North America and Europe that there’s a raw materials issue that needs to be addressed here,” the CEO of a company with a majority stake in the Sunrise nickel-cobalt-scandium project told Bloomberg in an interview this week.

“For the previous two years, I’ve been wearing out a lot of shoe leather and banging on a lot of doors trying to get interest in Europe and North America with very little success. In the last six months things have changed quite dramatically,” Sam Riggall, chief executive of CleanTeQ Holdings said.

The battery problem is already a serious one for carmakers: it is the most expensive component of an electric vehicle, so making batteries cheaper without compromising their properties has been the focus of cost-reduction efforts in the industry. Worries about a shortage of any of the raw materials that go into an EV battery would naturally interfere with these efforts and the effect could be long-lasting.

Unfortunately for carmakers, they have been slow to react to the signs of shortages, according to Riggall. Analysts are forecasting a shortage of cobalt emerging by 2025 with demand for nickel—another metal used in EV batteries—seen to outstrip supply even sooner. Basically, what we saw happening to lithium demand and prices a couple of years ago is now replaying with other battery metals. The problem needs an urgent solution if carmakers are going to stick to their plans. Last year, a shortage of batteries was identified as the reason for the small number of EVs sold in thee UK, for example. Although the annual increase in EV sales in May was substantial, at 81 percent, as reported by Fleet Week, the number of EVs registered between January and May accounted for a tiny portion of all new car registrations, at 0.9 percent. The reason: mining and processing the materials that go into EV batteries takes longer than the respective process for ICE vehicles. Going from less than 1 percent EVs to 100 percent in 20 years would certainly be challenging.

“Their [carmakers’] minds are being forced to turn to raw materials,” Riggall told Bloomberg. “They are seeing significant risks on that side of the business.”

These supply risks come on top of a battery import overdependence in Europe that EU authorities and national governments are trying to address with a delay. Billions are being poured into local battery production capacity to reduce reliance on imports from Asia but it has yet to be determined how cost-competitive local production would be with Asian batteries given the disparities in, say, labor costs. A looming shortage in raw materials won’t help matters. It is beginning to seem that the EV revolution, besides being more of an evolutionary process, might just take a while longer than European governments and environmentalists would like.