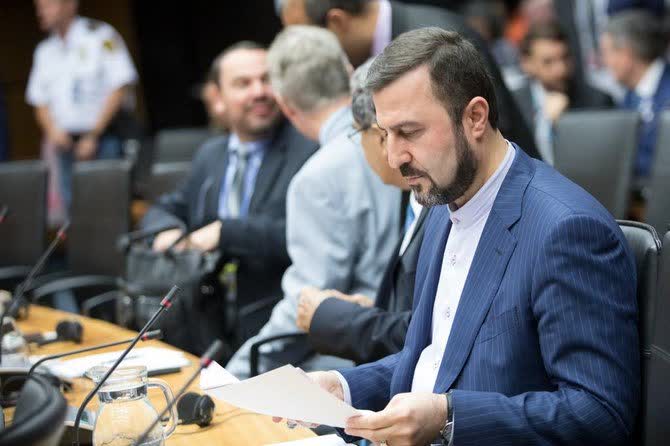 The Iranian ambassador to IAEA session said their actions are reversible if US returns to the nuclear deal. (AFP)

GENEVA: An emergency meeting of the UN nuclear watchdog on Wednesday, held at Washington’s request to weigh Tehran’s breach of a nuclear deal, did not produce any results for America, Iran’s ambassador to the body said on Thursday, according to the Islamic Republic News Agency (IRNA).
Washington used the session of the Board of Governors of the International Atomic Energy Agency (IAEA) to accuse Iran of extortion after it inched past the deal’s limit on enrichment levels over the past week, while still offering to hold talks with Tehran.
Iran says it is reacting to harsh US economic sanctions imposed on Tehran since Trump pulled Washington out of the nuclear deal in 2018 and says all its steps were reversible if Washington returned to the agreement.
“The special meeting of the Board of Governors ended without any results for America,” Kazem Gharibabadi, Iran’s ambassador to the IAEA, said on Thursday.