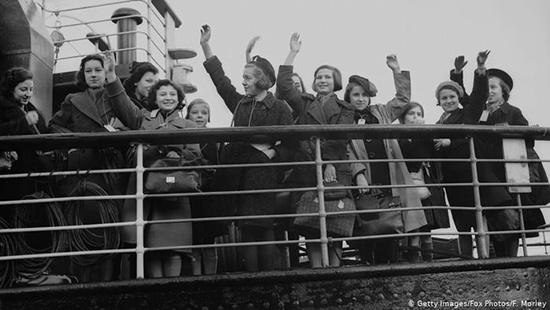 Descendants of Jewish escapees from the Nazis have been denied German citizenship, despite constitutional guarantees of their right to it. Individuals in the UK are considering a legal case against the German government.

Article 116 of the German constitution declares that anyone whose citizenship was revoked between 1933 and 1945 for “political, racist or religious reasons” is entitled to German citizenship now. That, the constitution says, is similarly true for descendants of the Jews from Germany.

But some descendants of Jews who fled the Nazi era have had their applications for a German passport rejected. A number of reasons exist for this. For Steven, a British born Jew with a German mother, the fact that he was born too early to a non-German father meant he was not eligible for German citizenship.

The German Federal Office of Administration (the Bundesverwaltungsamt) confirmed to DW that 1953 was the cut-off date for maternal-line descendants eligible for German repatriation.

“Children born before 1953 whose mother had already been expatriated from Germany, do not have any claim to German repatriation,” the office wrote.

“I am appalled,” George continued. “As a Jew, there has always been a thing about keeping a bag packed. The fact that I am not allowed to get German citizenship because of such arbitrariness is bizarre.”

George’s mother left Germany as a 15-year-old in 1939 following Kristallnacht, or the Night of the Broken Glass. The Nazis had destroyed hundreds of synagogues and Jewish shops on that day, 9 November 1938, and murdered Jews across the country.

During the 1930s, the Nazi dictatorship revoked the citizenship of thousands of Jews and others. Some were able to leave the country on the Kindertransport in 1938.

Descendants of German Jews living in Britain are thinking of taking the German government to court over the law.

The Association of Jewish Refugees told British newspaper The Jewish Chronicle that more than 100 people in Britain were being denied German citizenship under the current situation.

Julia Neuberger, a rabbi based in London, was one of those who had been denied German citizenship. She was in contact with DW twice in the course of Wednesday, later writing with a happy message: “A quick update, I have just been given my German citizenship — today!” Just a few hours prior, she had written that she “fell into the class of people born before 1953 whose mothers were German citizens, but not their fathers.”

This could be a sign that the issue has begun to attract the attention of the German government.

Lawyers representing the British Jews told The Jewish Chronicle they were meeting on Friday to talk about the court case. It is unclear how extensive this problem has been in Europe, or elsewhere.

* George’s name has been changed to protect his identity.