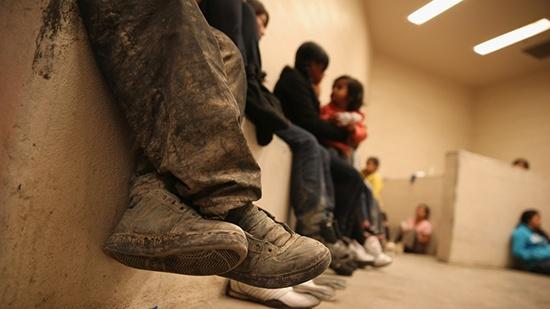 House Democrats have erased a tweet promoting a hearing on the effects of President Trump’s border policies on children after finding out they used a photo depicting a migrant detention center under President Obama’s watch.

The tweet was posted in anticipation of a hearing scheduled for Wednesday afternoon, dubbed ‘Kids in Cages: Inhumane Treatment at the Border’, and included a dramatic photo backdrop displaying the dismal conditions at US migrant detention facilities – but it was soon deleted after conservative critics pointed out the origins of the image.

The congressional Democrats then had another go at it, but their alternative photo choice, much to the lawmakers’ immediate embarrassment, was also taken while President Obama was still in office. The second tweet was deleted in record time and replaced with nothing, as apparently the many thousands of up-to-date photos of the detention centers fail to convey the same sense of horror as the Obama-era images. Or perhaps a third photo was simply too much effort.

Opponents of the Trump administration have previously used the same photo to attack the president’s border policies, to such an extent that the Associated Press was forced to publish a story clarifying that the image in question was captured in 2014, smack in the middle of Obama’s second term. The AP, not exactly a pro-Trump media arm, kindly requested critics to stop attributing the images to Donald Trump.

While the Oversight Committee’s Wednesday hearing featured plenty of cogent criticisms of President Trump’s approach to the border, it seems that for many Democrats, “inhumane” policies aren’t so objectionable as long as the right person is sitting in the chair.