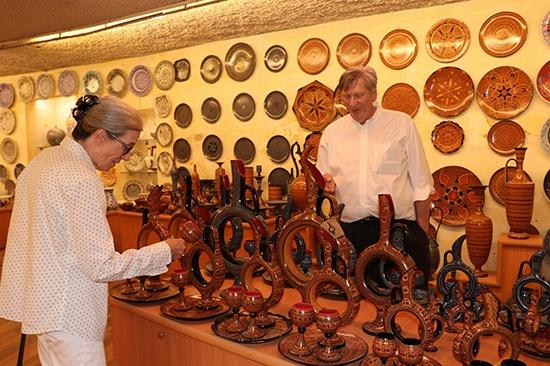 “Hüzün” is a word sometimes untranslatable. It is a theme, it is a feeling, it is a state of mind for many writers and film directors in Turkey. “Hüzün” means melancholy, and John Bailey, a cinematographer currently heading the Oscars Academy, says it is an integral part of Turkish film-making, as well as international ones.

Bailey is visiting Turkey with his wife Carol Littleton, the editor of “E.T,” as a jury member of the 12 Punto TRT Scriptwriting Days.

“That’s one of the strengths of Turkish cinema, so it’s important to stay true to what is the identity,” Bailey told the state-run Anadolu Agency in an interview.

“Hüzün [Melancholy] is a very important marker of Turkish emotional and aesthetic identity,” Bailey said, and added: “That’s something you should stay true to, don’t try to tell stories that do not come from the Turkish experience and the Turkish art.”

“Personal stories are very important, which is not to say that every film needs to be autobiographical,” Bailey said.

He said films are visual and detail-oriented, adding that the notion of close-ups and inserts tell a large story that is not based on dialogue.

“The more we can visualize and use images to tell the dramatic narrative and to reveal even emotion, the more powerful it [film] can be,” he added.

Bailey stressed that American films are largely based on dialogue, adding that it brings both the strength and the weakness to American cinema. “It’s actor performance, dialogue and story structure,” he said.

Bailey underscored that the question “could every story be a film?” is an ongoing question in the history of cinema, saying: “Many filmmakers have tried to expand the definition of what is cinema by embracing things that do not seem to be the part of the norm of film grammar. “That’s how we changed, how we expand the edges of cinema.”

Bailey said cinema is one of the most technical art forms, and stressed that a person without technical ability cannot make a film watchable.

“The technique is very important, but at the same time, technical ability or skill devoid of human experience is also not worth watching,” Bailey said, adding: “It’s a balance between technical, emotional and aesthetics; emotional coming from the heart, the human experience, the aesthetics from the art of cinema, the particular art language of cinema and the technical from the equipment we use.

“One of the things that is so exciting about cinema is the fact that you’re dealing with these at least three different characteristics and you’re trying to find the right balance among them.”
Bailey went on to say that technology in the equipment used in cinema is always changing, stressing that silent and black and white movies were made for over 30 years.

He said the notion of making a movie on a cell-phone is different than a 35-millimeter film camera.

“If you understand that you’re making a movie and you use the technology of the cell-phone, fine,” Bailey said. “There is a wonderful American film that was made by Sean Baker about three, four years ago called Tangerine. It was shot on an iPhone with an anamorphic squeeze attachment.”

“We live in such a dark, violent, aggressive time politically where people scream and yell and insult other people and I’m talking about our own culture obviously,” Bailey said, adding that these people “have the microphone and lot of public attention.”

“The only thing that we can do as creative people is be true to what we believe, what we think is important and just keep moving forward,” he said.