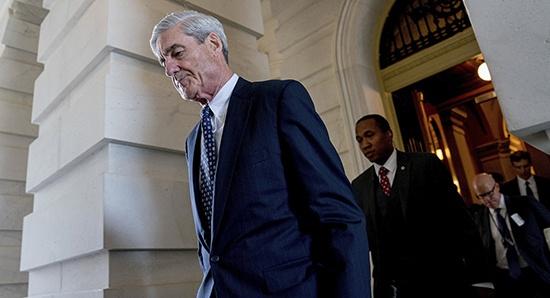 The release of Special Counsel Robert Mueller’s report in May poured extremely icy water on the notion Donald Trump and/or his campaign team colluded with the Kremlin in the years and months leading up to the November 2016 Presidential election.

The President’s assorted enemies in the media and politics have attempted to make the most of the extremely damp squib, and highlight alleged achievements of the probe – which cost US taxpayers up to $40 million.

Chief among these touted successes is the ‘confirmation’ of “two principal interference operations” launched by the Kremlin to influence the results of the election, one of which was the Internet Research Agency’s (IRA) “social media operations” which allegedly employed bots and fake accounts to influence voters as part of a wider campaign of “active measures” conducted by Russian security services.

In a related case however, US District Judge Dabney Friedrich Friedrich has issued a ruling that amounts to a major rebuke of Mueller’s claims the IRA was connected to the Russian government, and its activities were in any way an interference operation.

In February 2018, the Special Counsel levelled an indictment against Concord Management and Consulting, which allegedly financially supported the IRA, and its subsidiary Concord Catering, despite the latter not even existing as a legal entity prior to or during the election.

Perhaps to Mueller’s surprise, Concord Management actually showed up in court in May 2018, and pre-trial proceedings in US Federal Court have continued, despite the Special Counsel report concluding Concord Management was guilty of all of the crimes they were accused of. US law criminally prohibits any assertion of culpability prior to a jury determining guilt or innocence in a criminal trial.

As a result, Concord’s lawyers  asked of the District of Columbia to order the government to show cause as to why Mueller shouldn’t be held in criminal contempt for violating this rule by releasing his probe’s final report, therefore potentially interfering with their right to a fair trial.

While Mueller was not found to be in actionable criminal contempt, Friedrich’s ruling is nonetheless a brutal condemnation of his probe’s approach, statements and conclusions.

“By attributing IRA’s conduct to ‘Russia’ as opposed to Russian individuals or entities the Report suggests the activities alleged in the indictment were undertaken on behalf of, if not at the direction of, the Russian government…But the indictment, which alleges private Russian entities and individuals conducted an “information warfare” campaign designed to sow discord among voters, does not link the defendants to the Russian government. Save for a single allegation Concord and Concord Catering had several “government contracts” (with no further elaboration), the indictment alleges only private conduct by private actors,” Friedrich stated.

​As a result, the judge concluded  “regardless of media coverage before the report”, it was “significant and prejudicial” that the government “drew a link between these defendants and the Russian government”.

Furthermore, by “making or authorizing the release of public statements that linked the defendants’ alleged activities to the Russian government and provided an opinion about the defendants’ guilt and the evidence against them”, Mueller had violated rules against contempt of court.While criminal proceedings will not be brought against the Special Counsel, Friedrich has nonetheless ordered officials to limit public statements about Concord’s guilt or innocence, and warned any violations of the edict “will trigger a range of potential sanctions”.

Still, this inconsistency, and confirmed prejudicing of criminal proceedings, raises yet further questions about Mueller’s claims of a “sweeping and systematic” Russian government interference campaign in the 2016 presidential election, and the activities – and what other elements of his investigation may be entirely without merit.