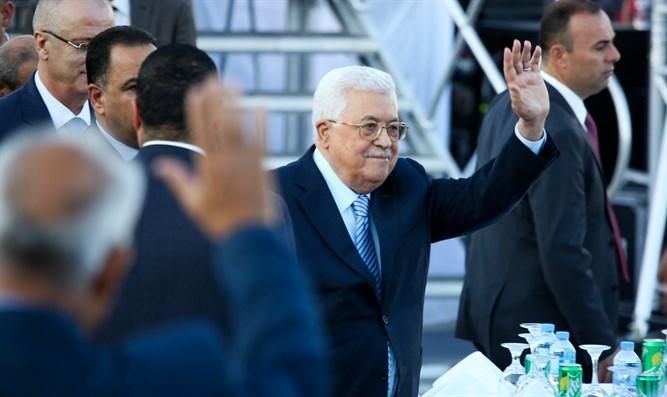 PA chairman reiterates the commitment to paying terrorists and their families.

A meeting of the Fatah Advisory Council, attended by Palestinian Authority (PA) chairman Mahmoud Abbas and members of the Fatah Central Committee, was held in Ramallah on Thursday.

Speaking at the meeting, Abbas stressed his firm opposition to the so-called “Deal of the Century”, the American initiative to resolve the conflict with Israel, and his adherence to the Palestinian fundamental principles.

Abbas said that in view of its current policy, which clearly favors Israel, the United States is no longer a reliable mediator.

“We will not work with the American administration until it withdraws its decisions against the Palestinian issue and then we will demand the implementation of international legitimacy,” stressed the PA chairman.

Abbas stated that the PA leadership would never renounce support for the families of the “martyrs”, the wounded and the prisoners, and stressed that this was a red line for the PA.

Israel’s security cabinet recently approved the freezing of 507,697,000 shekels ($140,350,300) from the tax money it collects on behalf of the PA, amounting to the PA’s payments to terrorists who carried out attacks against Israelis and their families.

The PA then angrily announced that it had returned the tax revenues to Israel after it deducted 41 million shekels from them. PA officials made clear that it would be “all or nothing”, meaning they will receive the full tax revenues from Israel or will accept none.

The PA has repeatedly asked for foreign donations in recent years, claiming it is on the verge of collapse due to a worsening financial crisis, even as it continues to spend a large majority of its budget on payments to terrorists and their families.