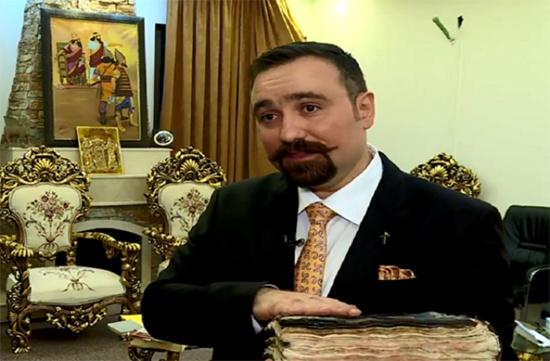 Ano Jawhar Abdulmasih Abdoka is the head of the Department of Transport and Communications. For Christians and other minorities the challenge is to remain “in the land of our fathers”. As a symbolic gesture he has sworn on a centuries old manuscript damaged by jihadists. The new Kurdish premier Masrour Barzani archives independence and aims for a renewed bond with Baghdad.

Erbil (AsiaNews) – For Christians, Chaldeans, Assyrians and Syriacs, it is a “challenge” to remain “in the land of our fathers” despite the violence and persecution.  This was stated by Ano Jawhar Abdulmasih Abdoka, the only Christian minister of the new government of the autonomous region of Kurdistan (Krg), after swearing his oath yesterday on an ancient Bible burnt by the jihadists of the Islamic State (IS, ex Isis).

The gesture, adds the politician, to affirm Christian belonging together with the bond with “the plain of Nineveh, Iraq, Mesopotamia and Kurdistan” which “are our lands”.

Head of the Department of Transport and Communications, he is the only Christian member of the government led by Masrour Barzani representing the Alliance of National Unity (Assyrian, Syriac and Chaldean faction).

As a first symbolic act, the minister decided to take an oath on a 400-year-old manuscript damaged by jihadists to “prove that Christians will remain an essential component” of the region.  Asked by the Kurdish agency Rudaw, Abdoka said he wanted to recall with his gesture the “terrible atrocities” committed by ISIS, in particular against the Christian minorities, the Yazidis and Kakais in the northern province of Nineveh.

“All of us – he added – were affected in various ways” by jihadists and we bear the consequences.  Speaking of his role as a minister, he said he wanted to operate according to a “modern” and “developed” methodology.

“We are very optimistic – he added – about being able to work side by side, in the new executive, together with the Prime Minister to guarantee substantial, active and thoroughly studied services for the children of the Kurdish region”.

A keynote speech that responds to the many appeals launched in the past to AsiaNews by priests and Christian personalities from the Kurdish region, who denounced the logistical and transport difficulties in order to guarantee schooling for the refugee children of Mosul and Nineveh.

In the Parliament of the Kurdistan region, consisting of 111 members, the seats reserved for minorities are 11 and within the new executive – made up of 21 ministers, three of which without portfolio – there are also Yazidi and other minority ethnic representatives.  The swearing-in ceremony took place yesterday morning at 11 am, after the deputies gave the government team their vote of confidence.

In the inaugural speech, the new Prime Minister Barzani dismissed the struggle for independence two years ago to open a new phase of greater collaboration and strengthening ties with Baghdad.

Today the priority for Erbil, he added, is to establish a “strong and constructive” relationship with the central government by setting aside independent aims, at least for the time being.  “This – he continued – has happened in the past” as a “reflection” of the “aspirations” of a nation.  “However, today the focus of my government will be to create a renewed partnership.”

Leading the struggle for independence was Masrour’s father, the former president Masoud Barzani who resigned in 2017 following the Iraqi army’s offensive against the separatist aims of the autonomous Kurdish region.  Among the problems to solve, the ten-year dispute over oil control (especially around Kirkuk), revenue sharing, security and territorial control, elements of a conflict that has been unresolved since 2003, following the fall of Saddam Hussein.