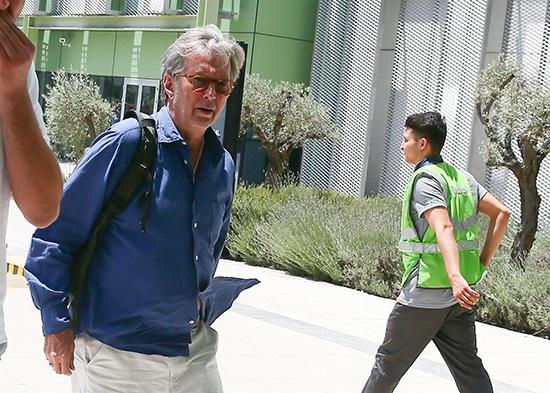 British guitarist, singer and composer Eric Clapton, who came to the Turkish western holiday resort of Kuşadası this week, cut his holiday short after he learned about the death of his dog and left the country.

Clapton’s luxurious yacht anchored in the Kuşadası Yacht Marina at night on July 9. Clapton, who was planning to visit the historic places such as the ancient city of Ephesus and the House of Virgin Mary, canceled his plans after he was told that his dog in England had died.

The singer waited for his private plane for a while and came to İzmir Adnan Menderes Airport Kuşadası by road at noon. He was accompanied by two officials in the airport.

Clapton did not speak to press members, and after saying goodbye to officials, he got on his private plane.

Three guitars and other personal belongings with him were taken to the plane, too. It was reported that his yacht will soon leave Kuşadası, too.