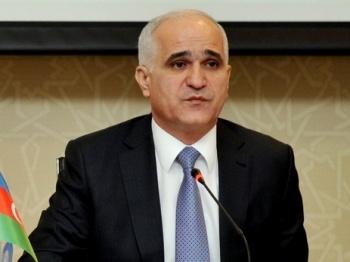 The minister noted that Azerbaijan invested $2.6 billion in the French economy.

“At the same time, France invested $2.2 billion in the Azerbaijani economy,” he added. “Presently, 45 French companies are involved in various sectors of the economy in Azerbaijan. They operate at a high professional level, especially in industry, transport, construction, telecommunications and other sectors.”

“French companies are also active in the modernization and reconstruction of oil refineries, and I would like to note the successful activity of the French company Total operating in Azerbaijan for many years,” he said.

Mustafayev invited French companies to increase investments in Azerbaijan, noting that France should more effectively use the opportunities created in Azerbaijan for French partners.

The minister noted that Azerbaijan is the main partner of France in the region, as evidenced by the fact that 62.4 percent of the country’s trade turnover in the South Caucasus accounts for Azerbaijan.