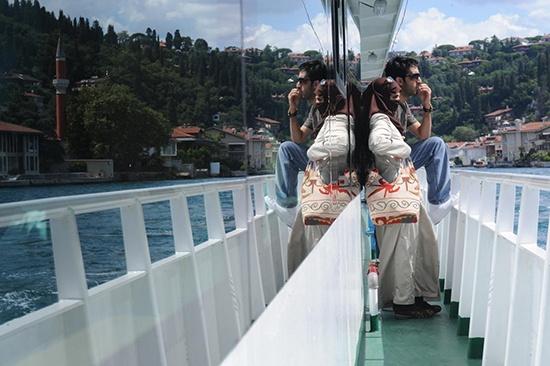 Nearly 1,000 foreign citizens, mostly from Middle Eastern countries, have been given Turkish citizenship in exchange for investment since last September, Middle East Eye can reveal.

Turkish Interior Ministry statistics show that more than $1bn was brought into Turkey through cash deposits or property purchases that eased the path towards citizenship for citizens of Turkey’s Middle Eastern neighbours.

Another 1,700 applications are pending as of July, with most of them coming from citizens of Iran, Iraq, Yemen, Afghanistan, Syria, Palestine, Jordan and Egypt.

Foreigners can either deposit $500,000 dollars into a Turkish bank account, committing to holding the money there for at least three years, or purchase a property valued at more than $250,000, according to Turkish law.

Turkish officials told MEE that after a thorough background check and security assessment, which could take up to five months, the applicants are granted citizenship cards.

The Turkish government ratified a new law last year to attract cash to the country, which recently went through a recession. Experts warn the country could be destined to slip back into recession later this year but recent statistics show the investment scheme has worked better than some expected.

Iraqi and Iranian citizens, who could use the purchases to obtain citizenship, top the list with 90 percent and 150 percent increases respectively.

“There is an increasing interest in purchasing citizenship by people who are from Middle Eastern countries,” Muhammet Yasir Taflan, an Istanbul-based lawyer who specialises in immigration through investment, told Middle East Eye.

“Iraqis want to immigrate because they think their country will never normalise. Iranians dislike the oppression in their homeland – they want cultural and economic freedom.”

“Most people want to become Turkish citizens because, one way or another, they believe Turkey is an open society and more Europeanised,” he said.

Iran has faced inflation and falling living standards since last year when the US pulled out of the JCPOA nuclear deal with Tehran, and reimposed a raft of sanctions

While many in the region see Turkey as a safe haven, reports say a boycott against Ankara is already underway in Saudi Arabia due to the fallout following the murder of Saudi journalist Jamal Khashoggi in Istanbul by a Saudi hit team.

The Saudi embassy in Ankara on Wednesday issued a warning to travellers that passport theft and petty crime was increasing in the country.

Saudi visitor arrivals to Turkey dropped 30 percent in the five months of 2019.

The data obtained by MEE, however, shows more than a dozen Saudis obtained Turkish citizenship through investment and more are waiting for security checks to be completed.

“Saudis want Turkish citizenship because they are afraid of the crown prince [Mohammed bin Salman]”, Taflan said. “They are really unhappy about the political climate in the country.”