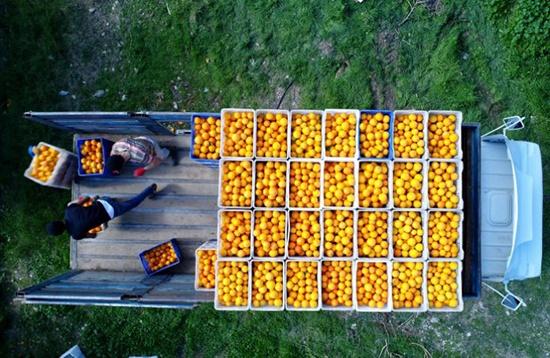 Turkey’s current account deficit has shrunk to its lowest level since 2003, all but eliminating an indicator that was once seen as a major vulnerability in the eyes of foreign investors, the Financial Times reported.

On an annualized basis, the deficit fell to $2.4 billion in May, down from $57.9 billion a year earlier, according to statistics released by Turkey’s central bank on Thursday.

The latest figure represents 0.3 percent of gross domestic product. The turnaround is largely due to the fall in imports that has accompanied Turkey’s sharp slowdown in growth after last year’s currency crisis, which sent shockwaves through the economy.

A rise in exports and strong tourism numbers also contributed; both sectors were boosted by the weaker lira, which lost 30 percent of its value against the dollar last year.

Despite the improvement in the current account figures, some analysts think Turkey continues to be at risk of a balance of payments crisis. The country’s large external debt burden — $175 billion of foreign debt is due to mature in the next 12 months — and its reliance on unpredictable flows of “hot money” leave it vulnerable to sudden shifts in investor sentiment.

“The risk of a balance of payments crisis continues to rise, and with it the risk of a government default,” it said.

Geopolitical tensions are high on the list of concerns among Turkey’s investors, as a dispute mounts between Turkey and the EU over drilling for gas in the eastern Mediterranean.

And Ankara’s looming acquisition of a Russian S-400 air defense system could leave it facing US sanctions.

Turkish assets have performed better since President Recep Tayyip Erdoğan’s sacking central bank governor than some analysts predicted, thanks partly to dovish signals from the US Federal Reserve and the European Central Bank.