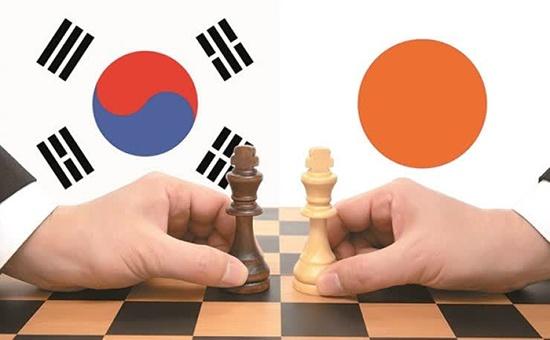 The top U.S. diplomat stressed “the importance of U.S.-Japan-ROK trilateral cooperation,” the State Department said, referring to the South by its official name, the Republic of Korea.

Pompeo also spoke to Kang about seeking the denuclearization of North Korea, with diplomacy set to resume after President Donald Trump’s dramatic walk across the military border into the authoritarian state on June 30.

Japan said last week it would end expedited shipments of chemical compounds used by South Korean companies in the manufacture of microchips and smartphones.

Tokyo is angry at South Korean court rulings that Japanese firms must compensate forced laborers from Japan’s 1910-1945 rule of the peninsula.

Japan says that claims over the colonial period — which elicits strong emotions among Koreans — were resolved when Tokyo signed a treaty in 1965 to establish diplomatic relations with Seoul.

“It is undesirable in light of the friendly and cooperative relations between South Korea and Japan and trilateral cooperation among South Korea, the United States and Japan,” it said in a statement.

Senior South Korean official Kim Hyun-chong, on a visit to Washington, said the United States wanted high-level three-way talks to resolve the spat, according to the Yonhap news agency.

Pompeo is expected to meet both of his counterparts around the end of the month when foreign ministers of the ASEAN bloc of Southeast Asian nations as well as other Asian powers convene in Bangkok.