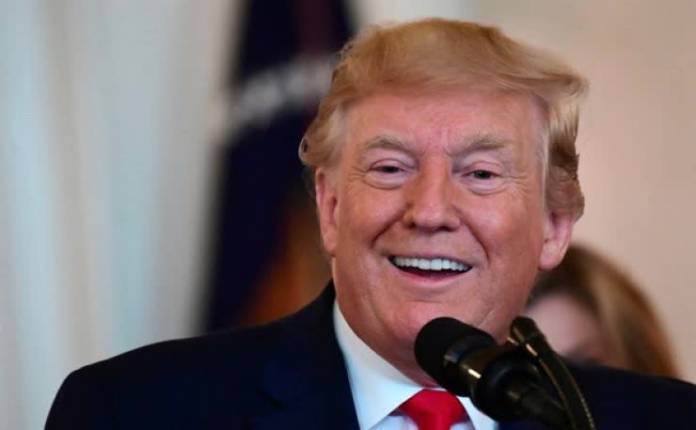 President Donald Trump will no longer pursue adding a question on citizenship to the 2020 US census questionnaire.

Instead, he said officials would obtain the information through an executive order for government agencies, as court challenges would have delayed a census.

The retreat follows a long fight over the inclusion of the question, which the Supreme Court blocked in June.

The administration however had argued the question would bolster protections for minority voters.

On Thursday, Mr Trump said: “We are not backing down on our effort to determine the citizenship status of the United States population.”

“We will leave no stone unturned.”

How will the government get citizenship data?

Mr Trump says his executive order will require government agencies to hand over documents regarding citizenship.

“As a result of today’s executive order we will be able to ensure the 2020 census generates an accurate count of how many citizens, non-citizens and illegal aliens are in the United States of America,” Mr Trump said at the White House.

Kristen Clarke, president of the National Lawyers’ Committee for Civil Rights Under Law, told the BBC she had concerns about Mr Trump’s plans.

“This is essentially an attempt to compile data on a mass scale in a way that is unprecedented,” she said.

“We don’t know how long it will take for them to pull this data together, we don’t know what they will do with that data.”

What reason did the Trump administration give?

The Supreme Court temporarily blocked the citizenship question in June, saying that the government’s reason for including the question seemed “contrived”, and it had not provided adequate justification for it.

It left open the possibility that the government could provide new legal arguments for the question to a lower court – however, this would have delayed the census.

The government began printing the 2020 census last week without the question – but Mr Trump then created confusion when he announced that he would do “whatever is necessary”, including potentially an executive order, to include the question in the census.

Legal experts however noted that an executive order could not override a Supreme Court ruling.

On Thursday, Attorney General William Barr said the decision to abandon the citizenship question was a “logistical impediment, not a legal one”.

He said there was “ample justification” for the administration to include the citizenship question.

But referring to court injunctions, he said there was no way to “implement any new decision without jeopardizing our ability to carry out the census”.

Why is the citizenship question so controversial?

The question – “Is this person a citizen of the United States?” – has not appeared on a US census for all Americans since 1950, though it has been asked to some subsets of the population between 1970 and 2000.

The government said the question would help the government allocate resources and enforce voter laws designed to prevent discrimination.

However, Democratic states with large immigrant populations argue a citizenship question will produce undercounts because fewer people will participate.

In a 2018 report, Census Bureau researchers found that the inclusion of a citizenship question could suppress response rates in households with immigrants and minority groups.

The census is mandated under the US constitution and takes place every 10 years, counting every resident.

Never one to admit defeat

In election year, a question about citizenship on the 2020 census form would have been hugely polarising.

For Donald Trump, whose stance on illegal immigration has defined his presidency, it would have been a major success.

But it is not to be. The hurdles proved too cumbersome and the administration acknowledged that outstanding lawsuits could delay the completion of the census.

But never one to admit defeat, Mr Trump framed his plan B as a “far more accurate” way to count the non-citizen population. Officials, he said, would “leave no stone unturned”, in their quest to dig out citizenship information from existing data held by government departments.

That could be seen as an implied threat, but it means the census is likely to result in a more accurate count, with those living in the US illegally less afraid to make their presence known.

Census counts are used to determine the allocation of seats in the House of Representatives and the distribution of billions of dollars of funds in federal spending.

There had been concern that impoverished areas would lose out if a significant number of residents chose not to complete the form.