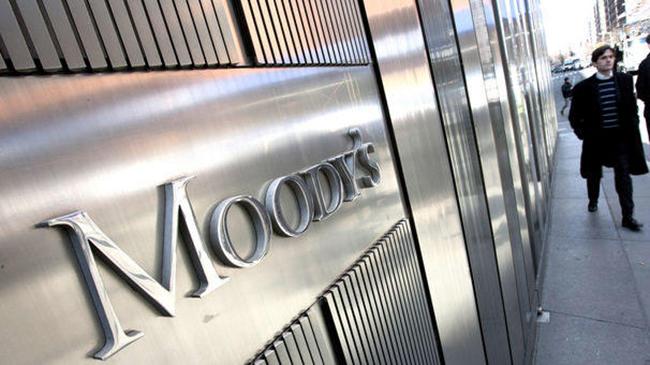 Recent international analysis has been much more negative than normal and is blatantly contradicting the “everything is fine” local chorus.

Press reports last week mentioned a lawsuit being prepared against Moody’s for “harming the image of Lebanon.”

A lawsuit like this couldn’t go anywhere in a respectable country, with free speech protection, like the US or Europe. While there are slander and libel laws in developed countries, the plaintiff has to prove that a lie was perpetrated — a deliberate falsehood, with an intent to harm. A friend of mine once lost a lawsuit in Lebanon for slander, even though he demonstrated unequivocally to the court that nothing he said about the sensitive gentleman who filed the lawsuit, was false.

There’s a reason why this is so. The laws in this country were designed, not to protect the constitution, or the people, or free speech, but to protect the ruling elite from criticism or exposure, even when the critique is legitimate and accurate.

Rating agencies, like Moody’s, S&P, and Fitch, are usually invited by companies and sovereigns to assess them, not because we like or trust them, but because our potential lenders and investors do, in order for borrowers like us to access the international financial markets. So, let’s say that a lawsuit is launched in Lebanon against Moody’s and is actually won, because they got a judge who’s not so savvy about international markets (or who got enticed not to be).

At best, this means that Moody’s will stop covering Lebanon — they’re certainly not going to change their expert opinion. This renders us “unrated” which is a big fall from even the sorry rating they’ve given us now, leading to a total severing from international debt markets. In other words, we’re not likely to be able to borrow any money from anyone, except maybe at Mafia, usury rates.

So what is the objective of someone leaking these stories to the local media? Let’s give him the benefit of the doubt and assume he’s not dumb and knows the facts I’ve just stated. The only explanation remaining is that it is for local consumption — trying to manipulate local public opinion against Moody’s findings, since we are already prone to believing conspiracy theories, that foreign powers are pressuring us to accept naturalization of the Palestinians (or Syrians).

The Palestinian refugees have been here since 1948 or 1967 and we can’t really ethnic cleanse them in the facebook and camera phone era, where every individual is now a journalist who can immediately report atrocities. Thus, nobody will pay us anything (of significance) to keep them. Whether we grant them civil rights or keep them locked up in ghettos with no rights, and with the camps being a den of misery, crime, and rampant weapons, is our choice. Many believe that if they’re not given employment or civil rights, somehow they’re invisible or they don’t exist … at least until we get another Nahr El Bered incident, which jolts our memory that they exist, and what a huge problem — for us — they pose.

The flaw in the strategy of these leakers (to manipulate local public opinion) is that professional bankers and experts already know that a lawsuit like this is ridiculous — my friends in the banking world sent me the news with the “laughing with tears” emoji. Therefore, clearly, the target of the leaks, and subsequent amateur, non-scrutinous media reporting, is the average Youssef.

The problem with that is that Youssef ain’t never heard of Moody’s, and at best, all this reporting might drive him to read this report, to see what all the brouhaha is about. While the Moody’s report is not nearly as bad as they’re claiming, it is certainly converting to the truth with every new iteration and getting much more attention as a result of their ill-conceived media campaign blitz. In fact, I received countless requests for a copy of this report only after local media reporting of the alleged lawsuit.

One thing is for certain, recent international analysis has been much more negative than normal and is blatantly contradicting the “everything is fine” local chorus, albeit this is starting to change as local media get compelled to report the international stuff.

This has now positioned my articles, which at one point were six-sigma outliers, smack in the middle of the local media normal curve.

Dan Azzi is a regular contributor to Annahar. He has recently been invited to be an Advanced Leadership Initiative Fellow at Harvard University, a program for senior executives to leverage their experience and apply it to a problem with social impact. Azzi’s research focus at Harvard will be economic and political reform in a hypothetical small country riddled with corruption and negligence. Previously, he was the Chairman and CEO of Standard Chartered Bank Lebanon.