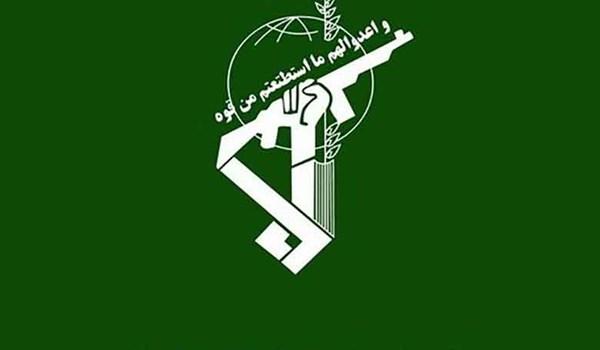 TEHRAN (FNA)- The Islamic Revolution Guards Corps (IRGC) announced on Friday that the military body has managed to kill and injure dozens of terrorists in retaliation for the last couple of days’ attacks against the IRGC personnel in an operation against terrorist-held positions along the borders of Iran and Iraqi region of Kurdistan.

Since Wednesday, all active strongholds, positions and training centers of anti-Revolution terrorist grouplets inside the Iraqi region of Kurdistan have been targeted in retaliation for terrorists’ attack on the Western regions of Iran in the last week which led to the martyrdom of Hassel Ahmadi and two of his companions, the Public Relations Department of the IRGC’s Ground Force said in a communique on Friday.

The statement underlined that the operation was carried out after several warnings to the Kurdistan’s Regional Government were ignored. The IRGC had cautioned the KRG not to allow the territory to be used by terrorist groups for training and dispatching teams responsible for carrying out sabotage operations inside Iran.

According to the communique, missile, drone, and artillery units of the IRGC’s Ground Force were involved in the operation which has claimed the lives of many terrorists and injured dozens of them.

The targets have been hit with utmost precision and the imagery documenting the success of the operation will be released later, read the statement.

The IRGC says it had the full intelligence domination for conducting this operation and the exact coordinates of all venues used by terrorists were collected beforehand.

The IRGC dismantled a foreign-sponsored terrorist team in the Western city of Javanroud on Thursday, killing at least five terrorists.

The terrorist team affiliated to the global arrogance planned to infiltrate into Iran to perform sabotage operations, the public relations office of the IRGC’s Najaf Ashraf Base said in a statement on Thursday.

A statement by the IRGC Ground Force Public Relations later said five terrorists have been killed in the clashes, adding that the corpses of the dead are with the IRGC.

The members of the terrorist team were arrested after a conflict in Javanroud in the Western Iranian province of Kermanshah, it added.

The Iranian forces also found a large number of weapons and communications equipment from the terrorists, the statement said, adding that one of the IRGC base’s forces was martyred in the conflict.

On Tuesday evening, terrorists killed three Islamic Revolution Guards Corps (IRGC) members and seriously injured another one in an ambush attack in the Northwestern province of West Azerbaijan.

The IRGC announced in a statement that a vehicle carrying forces from its Hamzeh Seyed al-Shohada base was attacked at the entrance of the border city of Piranshahr on Tuesday evening.

The statement added that three IRGC members, identified as Hasel Ahmadi, Sattar Pirouti and Omid Mollazadeh, were killed and another sustained injuries as a result.

According to the statement, intelligence operations and a manhunt are underway to arrest the fugitive assailants.