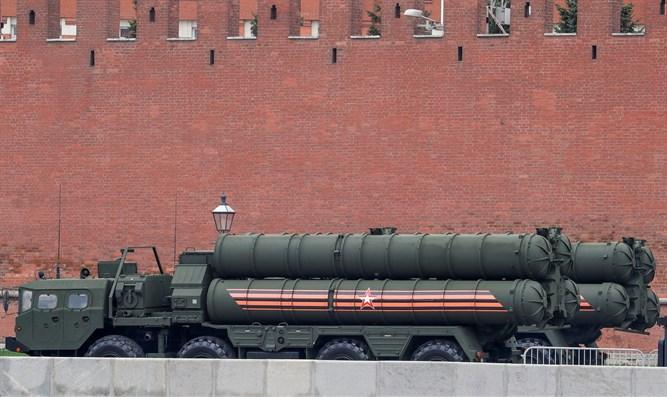 As Turkey beamed out images of Russian S-400 air defense systems being delivered, US lawmakers demanded immediate sanctions against Ankara, while the Pentagon and the State Department remained strangely silent.

“President Erdogan was given a very clear choice. Unfortunately, he has clearly made the wrong one. That a NATO ally would choose to side with Russia and Vladimir Putin over the alliance and closer cooperation with the United States is hard to fathom,” the duo said in a statement on Friday.

They demanded of the Trump administration to “terminate” Turkey’s participation in the F-35 stealth fighter program and “sanction Turkish individuals doing business with the Russian defense sector, as required by law.”

Under the Countering America’s Adversaries Through Sanctions Act (CAATSA), passed in 2017 over President Donald Trump’s objections, the US has to penalize countries that buy weapons systems from Russia.

Their pleas seemed to fall on deaf ears at the Pentagon and the State Department, however. The Department of Defense only confirmed that the subject of the S-400s came up in the 30-minute conversation between Acting Secretary Mark Esper and his Turkish counterpart, but offered no further details.

The Pentagon has not done on-camera briefings for a while, and the press corps got excited when they heard one was scheduled for Friday, expecting it would address the issue. To their great disappointment, however, it was “postponed indefinitely.”

Washington is taking Ankara’s “betrayal” especially hard, since their anti-Soviet alliance predates even the founding of NATO. Following an attempted military coup in July 2016 – which Erdogan blamed on the cleric living in the US under CIA protection – he began turning towards Russia, negotiating the purchase of the S-400s and justifying it by the US withdrawal of Patriot missile batteries.

Ankara has responded to US threats to cut it off from the F-35 program by saying that it would go against the terms of the deal to manufacture the fifth-generation fighter. Turkey is part of the multinational consortium developing and producing parts for the troubled Lockheed Martin jet, and was expected to buy 100 of them. Dropping it from the program might negatively impact production and further increase the cost of the already overpriced war machine.

Washington fears that the S-400 could reveal the ‘secrets’ of the F-35 to Moscow and render the secretive stealth fighter vulnerable to Russian countermeasures.