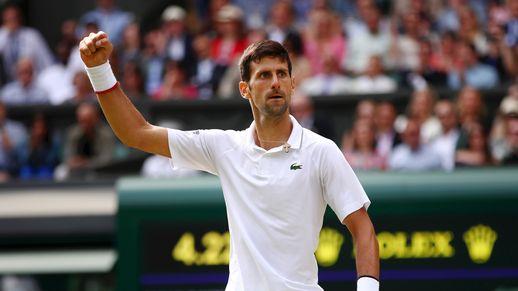 Djokovic had to battle for well almost five hours for his 16th grand slam and fifth Wimbledon title having looked second best when Federer had two match points on his own at 8-7 in the final set.

But Djokovic rattled off four points in a row to break back immediately after the loss of his own serve, and that would prove to be Federer’s final chance to win this title for a ninth time.

In what will go down as the longest Wimledon final in history, Djokovic won a historic final set tie-break 7-3 to become the first man to win the title from championship point down since 1948.

It was hard on Federer, who was the aggressor for much of the first four sets having rarely been troubled on serve, but three tie-breaks which all went the way of Djokovic proved decisive.