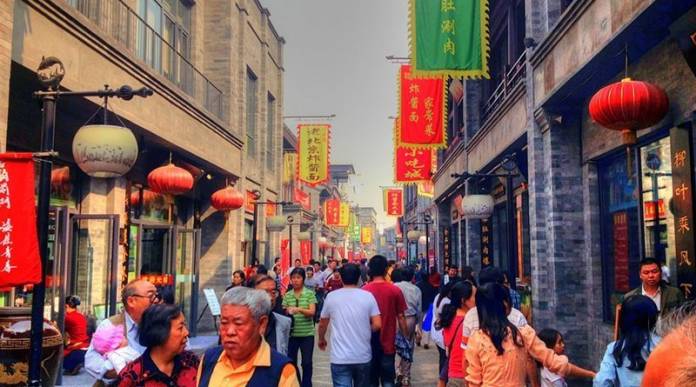 China’s economy slowed to the weakest pace since the early 1990s amid the ongoing trade standoff with the U.S., while monthly indicators provided signs that a stabilization is emerging.

Gross domestic product rose 6.2.% in the April-June period from a year earlier, below the 6.4% expansion in the first quarter and matching economists’ estimates. In June, factory output rose 6.3%, retail sales rose 9.8%, while investment gained 5.8% in the first half of the year — all three beating estimates in further evidence that stimulus measures to curb the slowdown may be feeding through.

The slowdown underlines the pressure that Chinese policy makers face as they attempt to negotiate a deal with the U.S., while balancing the objective of job creation with the need to defuse financial risks at home. Although Chinese negotiators are talking with their U.S. counterparts again, there is no certainty that a deal will be reached in time to prevent further economic damage.

“Growth in the second quarter is quite weak,” said Ding Shuang, chief China and North Asia economist at Standard Chartered Bank Ltd. in Hong Kong. “But for the rest of the year, we expect a moderate, tempered recovery” due to policy support.

Fixed asset investment growth in the first half accelerated at private firms, whereas state companies eased back, a further sign that government efforts to funnel cash to the private sector may be bearing fruit.

Nominal GDP growth in second quarter picked up to about 8% from 7.8% in the previous three months, leading to a slightly higher GDP deflator at 1.8%, according to Bloomberg calculations using official data. A higher GDP deflator can ease the pressure on corporate profits and government fiscal revenue growth.