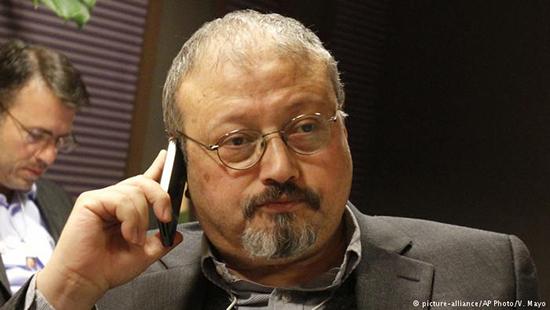 FBI agents visited at least four Saudis and a US-based Arab dissident connected to murdered journalist over concerns their lives were in danger, MEE learns.
By Dania Akkad -MEE

The FBI visited Saudi dissidents in the United States and others connected to Jamal Khashoggi in the weeks after the journalist’s murder to warn them of a potential threat to their lives from the kingdom, Middle East Eye can reveal.

The visits began a month after Khashoggi was dismembered by a Saudi hit squad inside the country’s consulate in Istanbul last October and have continued until as recently as six weeks ago, several of those approached told MEE.

At least four Saudi dissidents in multiple cities around the country received visits. At least one non-Saudi Arab activist was warned because of his connections with Khashoggi.

One of those warned runs a popular YouTube channel critical of the Saudi government. Another had participated at a Saudi opposition conference, while a third was working with Khashoggi on a project to fight Saudi trolls online.

‘They were like, ‘Yep, we are worried about your safety. Your name has been flagged here and in Europe’

– Arab dissident in the US warned by the FBI

All of those who spoke to MEE did so on condition of anonymity and on the understanding that information about their locations would not be disclosed because of security concerns.

“They were like, ‘Yep, we are worried about your safety. Your name has been flagged here in certain circles and in Europe’,” said one of the Arab activists who had been working with Khashoggi.

It is already known that the CIA and foreign intelligence agencies have approached close associates of Khashoggi in Canada, Norway and the US over fears for their lives, but this is the first time the FBI’s involvement has been reported.

An FBI spokesperson told MEE in an email that the agency “regularly interacts with members of the communities we serve to build mutual trust around protecting the American public”.

US intelligence agencies are legally bound to inform US and non-US citizens of threats of intentional killing, serious bodily injury and kidnapping, according to a 2015 directive.

The spokesperson declined to comment on whether something specific, beyond Khashoggi’s killing, had triggered the visits or if they were conducted to comply with the directive.

‘I’m kind of afraid to deal with you guys’

None of those who spoke to MEE said they were made aware of specific threats and, in some cases, said agents sought to calm them during the approach, calling first and then meeting in a public location near their home – sometimes at Starbucks.

An Arab dissident was told by agents that they were sorry about the murder of Khashoggi, a US resident, and were “doing everything we can to get to the bottom of it”.

With another, agents sought to distance themselves from the Trump administration.

“I told them that I’m kind of afraid to deal with you guys because the current government has worked closely with [Crown Prince] Mohammed bin Salman and the Saudi government,” said a Saudi dissident who met with agents in early November.

They said, ‘Don’t worry. We are here to protect people from everywhere. It doesn’t matter who is in the White House”

– Saudi dissident living in the US

“They said, ‘Don’t worry. We are here to protect people from everywhere. It doesn’t matter who is in the White House.”

But this same dissident said he grew wary when the agents suggested that he could help the agency in return, if he chose to do so, for assistance with his asylum case.

One of the Arab dissidents said he had also been asked if agents could visit him again. He said he told them: “’If it’s just for a chat or something, I’m not available.’ I didn’t want to have a regular thing with him.”

The Arab dissident, who said he was approached when he attempted to buy a ticket for an international trip and was warned he was not safe in several locations abroad, said the visit had left him feeling safe “about 90 percent of the time” on US soil.

He also raised concerns about revelations earlier this year uncovered in an investigation by Propublica and the Oregonian that Saudi Arabia had helped at least 20 Saudis living in the US evade prosecution and flee the country since 1988.

Charges against some of the Saudis, many of whom were students on government-funded scholarships, included murder and rape. But instead of standing trial, they were whisked out of the country by employees of Saudi consulates, the investigation found.

US law enforcement agencies, according to the investigation, are aware of what the Saudis have been doing, but consecutive US administrations have failed to press the Saudi government for fear of disrupting intelligence sharing between the two countries, the report said.

“Seeing the current administration, I’m not sure [if I’m safe] – and seeing how Saudi kids managed to run out of the country after killing Americans with no accountability whatsoever, no talk from the secretary of state – it makes me not very confident about any of it,” said the Arab dissident.

The revelations about the FBI’s concerns for the safety of Saudi dissidents on US soil will raise further questions about statements made by US President Donald Trump in which he has downplayed the role of Saudi Crown Prince Mohammed bin Salman, known as MBS, in Khashoggi’s killing.

In November, as FBI agents were visiting dissidents, Trump was emphasising the importance of “steadfast” ties between Riyadh and Washington, just three days after the CIA was reported to have told the White House that it had concluded that the operation was ordered by MBS.

“It could very well be that the crown prince had knowledge of this tragic event – maybe he did and maybe he didn’t!” Trump said in a 20 November statement, three days after the CIA released its assessment.

“In any case, our relationship is with the Kingdom of Saudi Arabia. They have been a great ally in our very important fight against Iran. The United States intends to remain a steadfast partner of Saudi Arabia to ensure the interests of our country, Israel and all other partners in the region.”

Speaking to reporters after meeting MBS at this month’s G20 summit in Japan, Trump again described Saudi Arabia as “a terrific ally” and said “nobody so far has directly pointed a finger at the future king of Saudi Arabia”.

The White House did not respond to MEE’s request for comment, including whether Trump had been briefed about the FBI’s concerns and, if so, when.

The number of Saudi nationals seeking asylum has increased sharply since MBS was appointed crown prince from 575 in 2015 to 1,256 in 2017, according to United Nations figures. The number does not include those, such as Khashoggi, who chose to live abroad in self-exile.

Soon after Khashoggi’s murder, a Saudi official showed Reuters internal intelligence documents which reportedly showed an initiative to bring back dissidents, including Khashoggi, to the country.

“There is a standing order to negotiate the return of dissidents peacefully; which gives them [Saudi officials] the authority to act without going back to the leadership,” Reuters quoted the official as saying.

Among those fleeing, many are now questioning their safety even beyond Saudi Arabia. Some Saudi asylum seekers told MEE this week that they no longer considered the US to be an option because of Trump’s relationship with MBS.

Sami Shadukhi, a 37-year-old real estate agent, told MEE he had spent five years in prison in Saudi Arabia for “talking politics”, and then waited through a five-year travel ban before fleeing to Germany and seeking asylum three months ago.

“[Trump] said – ‘He killed Khashoggi. Okay. No problem. We are benefiting here from the money, economically, jobs jobs jobs’. So [Trump] thinks about the money more than the lives of people or human rights or anything,” he said.

Prominent human rights activist Iyad el-Baghdadi, who was one of those approached by the CIA earlier this year over threats to his life from the kingdom, told MEE on Friday that the fact that US intelligence agencies are diverting resources to stop potential Saudi activity shows their level of concern.

“They know that MBS is deeply problematic and a terrible ally, an ally who threatened people on your own territory for God’s sakes. What kind of ally does this?” Baghdadi said.

“In the end, what does it say that they are unable to convince the guy in the White House that this is a problem? It tells us that US intelligence agencies completely know that this guy is trouble and that the only reason he can continue to do this is Jared Kushner [Trump’s son-in-law and Middle East envoy] and Donald Trump.”