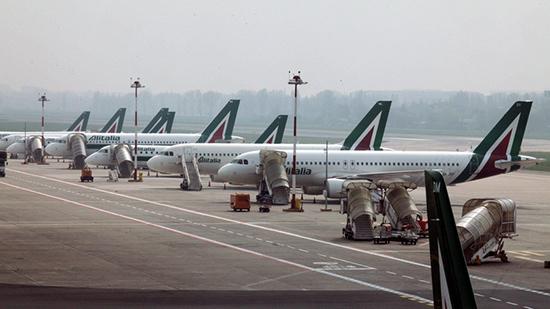 Bloomberg-ROME (Bloomberg) — Italy’s government is nearing a rescue package for bankrupt Alitalia that could see U.S. carrier Delta Air Lines Inc. boost its stake in a new company from an initial minority holding, according to people familiar with the talks.

With a deadline for bids set for Monday, Delta could step in now and also get an option to acquire more shares later from two state bodies — railway operator Ferrovie dello Stato Italiane SpA and the Treasury — or through a capital injection, the people said, asking not to be named discussing confidential negotiations. Ferrovie and the Treasury are expected to have a combined stake of about 50 percent initially with Delta getting around 10 percent to 15 percent.

The Italian airline — which filed for protection from creditors two times in the last decade and loses about €700,000 ($789,000) a day — has been under special administration for more than two years and now faces either liquidation or a new attempt to revamp it backed by the the government. A group of public and private investors must submit a binding offer by Monday with Ferrovie’s adviser setting a deadline of 6 p.m. Sunday for potential bidders to express their interest.

Italian Deputy Prime Minister Luigi Di Maio, who as economic development minister is leading the rescue attempt, is seeking an agreement on a plan that could include the option for Delta to increase its initial stake and for the involvement of Atlantia SpA, the Benetton family’s industrial arm, which operates some of the country’s biggest airports, the people said.

Ferrovie is set to hold a board meeting Monday to approve going ahead with the offer, the people said. But the company may not come up with a definitive bid that day as Atlantia only made its interest known on Thursday.

The state rail operator is set to ask for a few more weeks to come up with a final, binding offer, after confirming Monday to Alitalia administrators that it plans to bid, having successfully lined up a group of investors who are ready to evaluate the plan, the people said.

That strategy was discussed Friday morning in Rome by Di Maio and Ferrovie management, the people said. Di Maio has said he will not postpone Monday’s deadline. Ferrovie declined to comment.

“Delta continues to work with Ferrovie and confirms it is interested in becoming a minority shareholder in a reorganized Alitalia,” the U.S. company said in response to a request for comment. “Discussions remain ongoing and any investment remains subject to Delta board approval.”Speech