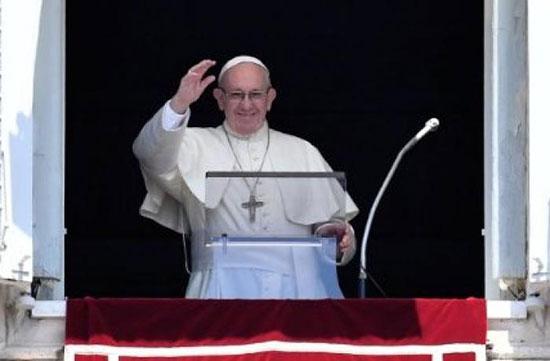 In Venezuela, “Let us pray to the Lord to inspire and enlighten the parties involved, so that they may reach an agreement as soon as possible that will put an end to the suffering of the people for the good of the country and the entire region.”

Vatican City (AsiaNews) – In exercising mercy one becomes a true disciple of Jesus, because “mercy towards a human life in need is the true face of love,” said Pope Francis in today’s Angelus. The pontiff also used the occasion to call on Venezuelan political leaders to reach an agreement to end to suffering of Venezuelans.

Speaking before some 20,000 people gathered in St Peter’s Square for the Marian prayer, Francis commented on today’s Gospel passage from the parable of the Good Samaritan (Lk 10:25-37), “one of the most beautiful in the Gospel”, he said, one that shows that “the capacity for compassion is the key of comparison for Christians”.

The Samaritan is the main actor in the short story, the Pope explained. He meets a man who was robbed and beaten by bandits on the road and takes care of him. We know that the Jews treated the Samaritans with contempt, considering them outsiders to the chosen people. It is therefore no coincidence that Jesus chose a Samaritan as a positive character in the parable. This way he tries to overcome bias, showing that even an outsider, even one who does not know the true God and does not attend his temple, is capable of behaving according to his will, feeling compassion for his brother in need and helping him by every means at his disposal.

“Jesus, therefore, proposes the Samaritan as a model, one who has no faith. Perhaps we too know agnostics who do good; one who loves his brother as himself shows that he loves God with all his heart and with all his strength, and expresses at the same time true religiosity and full humanity.

“After retelling the parable, Jesus turns back to the scholar of the law who asked him ‘Who is my neighbour?’ And tells him: “Which of these three, in your opinion, was neighbour to the robbers’ victim’ (Lk 10:36). Thus, he reverses the question of his interlocutor, and also the logic of all of us. He makes us understand that it is not us who, according to our criteria, define who is and who is not our neighbour, but it is the person in need who must be able to recognise who is his neighbour, that is the ‘one who treated him with mercy’ (Lk 10:37). Being able to have compassion for others is the key.”

“The capacity for compassion is the key of comparison for Christians. Jesus himself is the compassion of the Father. [. . .] This conclusion indicates that mercy towards a human life in need is the true face of love. This is how one becomes a true disciple of Jesus and how the face of the Father is manifested: ‘Be merciful, just as [also] your Father is merciful’ (Lk 6:36). This is how the commandment of love for God and our neighbour becomes a single and coherent rule of life.”

Following the Angelus, the Pope spoke about Venezuela. “Once again”, he said, “I would like to express my closeness to the beloved people of Venezuela, who have been particularly hard hit by the continuing crisis.”

“Let us pray to the Lord to inspire and enlighten the parties involved, so that they may reach an agreement as soon as possible that will put an end to the suffering of the people for the good of the country and the entire region.”