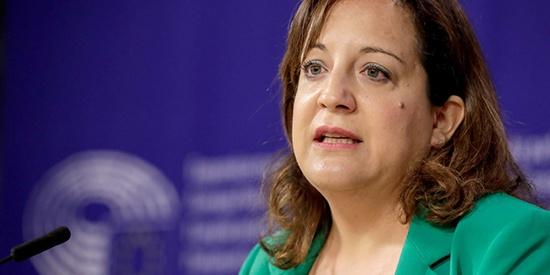 The Socialists also listed several conditions that dealt with sustainable development, justice and equality, foreign affairs, and strengthening transparency and democracy in Europe, as well as an investment plan for Europe, which would have to be met before the S&D openly support Ursula von der Leyen as the next Commission president.
Most of the S&D group, however, excluding the Spanish MEPs, have already announced that they will vote against von der Leyen, including the German SPD MEPs and Belgian PS MEPs.
The Renew Europe Liberals and Centrists in the European Parliament, seem more keen on supporting von der Leyen than the Socialists, but they too have invoiced their three conditions to the Commission presidency candidatem including the request to place the l group’s Spitzenkandidat and current Competition Commissioner the Danish Margrethe Vestager, at the same level ad the socialist candidate, the current and future Dutch First Vice-president, Frans Timmermans.
“It was part of the Council agreement and any questioning would be unacceptable for our group,” writes Renew Eirpr group president Dacian Ciolos in a letter to von der Leyen. “Regarding the first two vice-presidents of the Commission, we want there to be no difference in status,” he adds.
Ciolos’ other two conditions relate to the establishment of a European Rule of Law Monitoring Mechanism in each country of the Union, with possible sanctions, and a “Conference on the Future of Europe”. which would propose, among multiple themes, a system other than that of the Spitzenkandidaten so that the candidates for the presidency of the Commission can be validated through the European elections.
The liberals also insist on the need to set Europe a more ambitious goal than the 40% reduction in greenhouse gas emissions in 2030 compared to 1990 levels, aiming for 55%, while Mrs von der Leyen had mentioned the 50%.
Von der Leyen’s election to the presidency of the Commission is scheduled for Tuesday at the end of the day in the European Parliament in Strasbourg. If the groups are not aligned for her to strike a majority at the vote, then the procedure could be easily transferred to September’s plenary vote, as the German minister must gather 374 votes on her name to win an absolute majority of 747 MEPs.