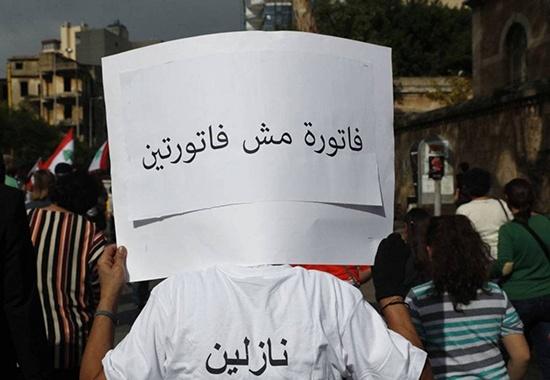 Fresh overseas dollars means that the risk is born by Lebanese expats working for years and decades overseas and sending their hard-earned savings to the country, seduced by unmatchable rates anywhere in the world.

BEIRUT: “… We have a new product for deposits with a minimum of $20 million, paying a 14% annual rate … but now we’re opening this great offer for the general population at much smaller amounts, but only for dollars coming from outside Lebanon …. We put your money with the central bank, and we don’t know what he does with it, but, rest assured, that as far as you’re concerned, the money is with our bank.”

Excerpt of a WhatsApp voice Message, from a branch manager to a Lebanese citizen.

The top banks in Lebanon were established a century ago, even before the country. Banking in the good old days, of my parents and grandparents, was simple. It operated on the 3-6-3 principle. Pay 3% for deposits, lend out to customers (auto loans, business loans, mortgages) at 6%, and go play golf at 3 pm. It was a conservative model — the customer knew where his money was, the banker knew were the money was being invested (and the risk of getting it back), and so did the owner of the bank, as these banks were privately held. That’s why they survived two world wars, several invasions, and a few civil wars and skirmishes.

Engineering in those days conjured up an image of an AUB graduate, like my dad, wearing a white hardhat, examining blueprints of a building, supervising workers with shovels, mixing sand, cement powder, and water, in the right ratios, thereby transforming into an olive-colored sludge, which subsequently coagulated into a solid — floors, walls, and roofs for well-constructed buildings. Like the Holiday Inn, still standing majestically, in the middle of downtown. It survived bullets, RPG rockets, and mortar rounds riddling its outside structure, and still stands there now, smirking at the new flimsy Botox buildings, masking the low quality construction of today.

In those days, engineering was civil, electrical, or mechanical … not financial.

I had dinner recently with one of the most senior and savvy bankers in the country, who gave me a half complementary, half critical assessment, saying, “I believe you are among the few who understand the real mechanics of what is happening, though it might be counterproductive to be out loud with the general public.”

His critique is not uncommon, with many preferring that the system keep getting these overseas dollars, like sensitive documents fed into a shredder, even though they are all aware what the final outcome is. Fresh overseas dollars means that the risk is born by Lebanese expats working for years and decades overseas and sending their hard-earned savings to the country, seduced by unmatchable rates anywhere in the world. Too good to be true. So, implicitly, the premise is that if they’re that gullible, why should anyone care?

Let’s help out this banker, as well as her client, who both don’t know what is being done with the money. Say the client gives her $100, which makes its way to the central bank, and joins the pile of reserves. The central bank issues an “I owe you $100” certificate of deposit to the bank, which earns a higher interest rate than the 14% she’s paying this client. Some of this interest is in Lira, and remains at the central bank, because if it were released into the economy, it would eventually get converted to dollars, depleting the reserves even faster than now. Let’s say she gets paid a salary in Lira. She goes to a gas station to fill up her car with gasoline. She gives the gas station attendant 15,000 Lira for the gas. He takes the 15,000 Lira and gives it to the gas station owner, who in turn converts it to 10 US dollars, which comes from the central bank’s reserves. He then sends $10 overseas to replenish the gas she just put in your car. The BDL reserves get reduced by $10. In other words, the client’s $100 that he deposited in the account has now been reduced by $10 to subsidize our addiction to imports.

A year later, the client gets a statement saying he now has $114 in his account (14% on his $100). He’s happy. He’s richer … on paper. His business in Saudi Arabia certainly doesn’t generate that kind of return, nor do our government bonds. Even Turkish and Argentine bonds yield only 7% and 12%, but that’s understandable — they’re not as smart as we are.

Another year goes by. The client gets another statement. He now has $130 in his account (14% on the $114), according to the statement. He’s just experienced the power of compounding. Meanwhile, the central bank reserves got depleted by another $10 to buy imports, so there’s only $80 of his original $100 available for withdrawal. On the third and final year of this magical product, our friend’s statement reads that he has $149, while there’s now only $70 of his original $100, available for withdrawal, even though his claims on the system have now grown to $149.

The client doesn’t know this. He’s ecstatic. His hard work and frugal lifestyle in Saudi Arabia are really paying off. $500,000 at that rate would turn into $1.9 million in 10 years. Another few years working his ass off in the desert and he’ll be a millionaire. He’s dreaming of going back to Lebanon one day to retire in his village, thanks to his hard work and the safe high-return deposit that his banker enticed him into. He has grand plans. He’ll build a mansion in his village, overlooking the sea, and live off the unending interest that he receives. The highest low-risk return in the world. He’ll be the envy of his neighbors, friends, and family.

Dan Azzi is a regular contributor to Annahar. He has recently been invited to be an Advanced Leadership Initiative Fellow at Harvard University, a program for senior executives to leverage their experience and apply it to a problem with social impact. Azzi’s research focus at Harvard will be economic and political reform in a hypothetical small country riddled with corruption and negligence. Previously, he was the Chairman and CEO of Standard Chartered Bank Lebanon.