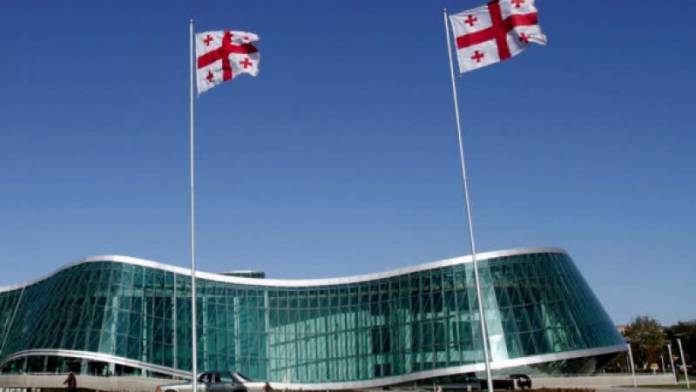 Baku / 07.16.19 / Turan: The Ministry of Internal Affairs of Georgia acknowledged the incident at the Keshikchidag monastery complex bordering Azerbaijan/David Gareji.
The Georgian Ministry of Internal Affairs called on the public and civilian groups to allow “commissions on the delimitation of the border between Georgia and Azerbaijan to continue working in a calm atmosphere.”
According to the Ministry of Internal Affairs, at the David-Gareji site, “a small incident occurred between the local and Azerbaijani border guards on the border of Georgia with Azerbaijan.” However, the situation broke out on time and now everything is calm on the spot.
According to the Ministry of Internal Affairs, the study of the fact has already begun.
“We call on the society, civil groups to allow the border delimitation commissions to continue working in a calm atmosphere so that an agreement can be reached in time,” the department said.
According to the guide, who works in David-Gareji, the cause of the conflict was the fact that Azerbaijani border guards removed icons from the church without permission. This caused a protest from the locals. However, according to them, the problem was soon resolved.
The Georgian sites published a video of the incident.
It shows how a group of aggressive people attacks two Azerbaijani border guards, insults them, and demand that they leave the territory.
The State Public Service and the Ministry of Foreign Affairs of Azerbaijan did not comment on the incident at 1.30 pm on July 15.
According to information from unofficial sources, the icons were actually transferred to Georgian clergymen.
The Keshikchidag complex, located at a distance of 25 km along the border of the two countries, consists of natural and artificial caves created by fire-worshipers and later equipped by Christian monks in cells, as well as built later Christian churches, watchtowers.
Part of the complex is on the Azerbaijani side, and part is on the Georgian.
A small area is located right on the administrative border, which previously divided the Azerbaijan and Georgian SSR.
In Soviet times, this area was used as a military training ground and was closed to civilian access.