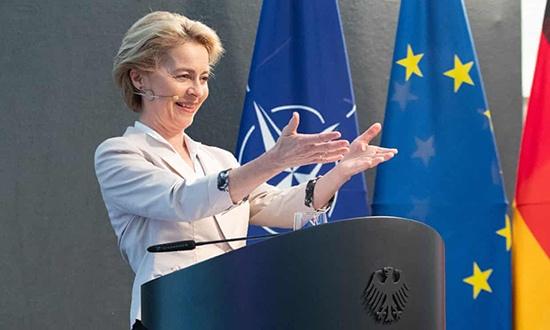 A day before the European Parliament votes on Ursula von der Leyen‘s candidacy for the European Commission presidency, the German defence minister is preparing a keynote speech to be delivered on Tuesday.

Von der Leyen is hoping to secure the 374 votes she needs to replace current European Commission President Jean-Claude Juncker, whose mandate is due to end on 31 October. She is expecting to lay out in her speech a series of policy pledges to secure votes both from both the left and the right.

She is currently set to secure just 360 votes from the European People’s Party (EPP), the Social and Democrats (S&D), and the liberals of Renew Europe, This could lead to her seeking the backing of the European Reformists and Conservatives group (ECR), whose 24 Polish MEPs could easily help her gain the majority threshold.

Von der Leyen is expected to promise on Tuesday a reduction of the bloc’s emissions by 50% by 2030, while also putting forward a pan-European carbon border tax, and pledge to hire 10,000 border guards by 2024.

According to a leaked letter to the European Parliament’s groups, von der Leyen believes that the EU needs to scrap the unanimity rule in several policy areas.

“We need to move towards a full co-decision power for the European Parliament and away from unanimity for climate, energy, social, and taxation policies. In the same vein, a qualified majority should become the rule for external affairs.”

Von der Leyen is expected to present a series of policies such as the European Unemployment Reinsurance scheme and the European Child Guarantee welfare scheme.

In order to secure the established conservative parties’ vote, von der Leyen has vowed to be less specific when it comes to tech tax terms. She is also set to propose a mechanism on the rule of law with monitoring on an annual level for all the EU member states. A conference on the future of Europe will also be on the agenda for 2020, as von der Leyen will propose a revival of the lead candidate, or Spitzenkandidat, process.

If the vote is successful, hearing for von der Leyen’s College of Commissioner nominees will begin in September.

If von der Leyen is unsuccessful in getting the backing of enough MEPs, the EU will enter into uncharted waters and could, according to an EU official familiar with relative discussions, be forced to convene another EU Summit in Brussels on 24-25 July. 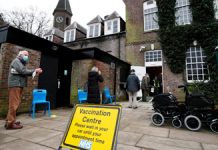