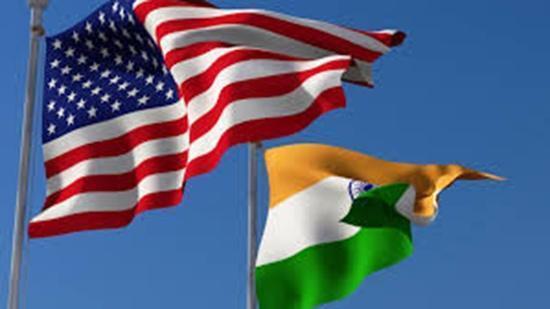 New Delhi (Sputnik): India should tread cautiously with the US in areas of bilateral engagement notwithstanding recent interactions with President Donald Trump and US Secretary of State Mike Pompeo, an Indian security analyst has said.

Accessibility, availability, readiness, and trust are factors that you will get more with Russia than with America, Indian security analyst Pravin Sawhney said.

Sputnik: The Trump Administration is on course to upgrade its defence and technological ties with India after the US Senate approved an amendment to the National Defense Authorisation Act for Fiscal 2020 earlier this month. This amendment also paves the way for India to get non-NATO ally status. Will this impact the geopolitical scenario in this part of the world and Washington’s relations with Pakistan and China in particular?

Sputnik: How important or unimportant is the US Senate’s decision on granting non-NATO ally status to India?

Pravin Sawhney: This will have no impact at all for the simple reason that people forget that immediately after 9/11 when (Pervez) Musharraf was the ruler of Pakistan, the then American President George Bush gave Pakistan non-NATO Alliance status. They were given it back then; we are being offered it now. What exactly do we get out of it – nothing? Just a couple of headlines, they will feel gung-ho – nothing.

I will remind you of 2005. In March 2005, the then Secretary of State Condoleeza Rice had come to India and the first thing she said publicly in India was that “the US wants to help India become a major power”. Suddenly, there was euphoria in this country because we had never thought we were a major power and here was America, the leading superpower of the world, telling us that it wants to make India a major power.

But what happened, nothing.  Take the nuclear deal — what has come out of it – nothing really. We have given more than what we’ve got out of it.

Sputnik:  A section of Indian experts are of the view that India is gradually looking to the US and other countries in the West for the purchase of defence equipment? Do these views have substance?

Pravin Sawhney: It is an incorrect perception. Please understand that we have legacy equipment here in India which is of Russian-origin. There are so many other platforms on which we and the Russians are working on. The most important thing that I want to talk about is new-age technologies – what we call “disruptive technologies”.  Artificial intelligence – This is an area where India should look for joint ventures with Russia. We have tried to do this with the US, but the problem with the US is its reluctance to share such technologies with other countries. Secondly, American companies like Google and Microsoft, which are doing amazing work in artificial intelligence, they are absolutely reluctant to join up with the Pentagon. If they are unhappy in their own country, how can they give us (India) anything? This is not the case with Russia.

Sputnik: What is the basis for arriving at such a conclusion?

Pravin Sawhney: I was recently at this Army Forum 2019 in Moscow at Patriot Park. Now, there they had displayed this robotic tank. So you see things like robotics, UCAVS, UAVs, today, especially after the Syrian War, you see one of the key lessons that Russia has learnt when they entered the Syrian War in 2015, was the amazing potential of robotics, UCAVS, UAVs and what they can do in the new war. These are the areas where President Putin has already decided that he wants to focus. The Russians have already decided that they will be making a high technology city at a place called Anapa on the Black Sea coast. Work has already started, the city, they say, will be ready by 2020.

Nobody is today saying that Russia is in the same league as the US, as far as artificial intelligence technologies are concerned. The point I am making is that Russia is a one-stop shop; Russia is our friend, so why don’t we look at the joint ventures there.

This amazing city that they are trying to create in Anapa, that is where we should be looking for joint ventures, our DRDO, our public sector units like BHEL – they are the ones who should go there and seek a joint venture.

Sputnik: Coming back to the point of Washington not wanting to part with its technology, then why does it offer it all?

Pravin Sawhney: On this side of the world, the Americans are very focused on what they call the Indo-Pacific region. They see India as having huge commercial potential; there is a lot of promise. I think whenever they offer us something; it is with the aim of binding us with promises. However, we should go for a reliable partner.

The views and opinions expressed in this article are solely those of the speaker and do not necessarily reflect Sputnik’s position.