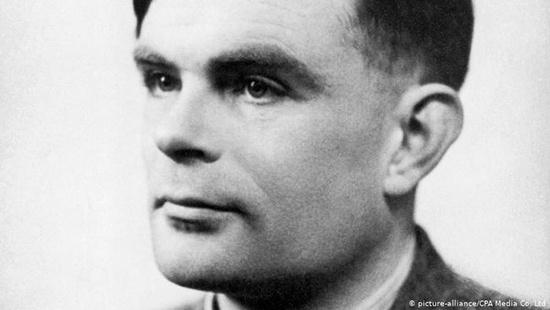 DW – Turing cracked the ‘impossible-to-crack’ Nazi enigma code in a highly secretive project and was one of the pioneers of artificial intelligence. He was persecuted for being homosexual and posthumously pardoned.

Mathematician and computer scientist Alan Turing, who is most famous for cracking the Nazi enigma code in World War II, will feature on the Bank of England’s new £50 note.

“Alan Turing was an outstanding mathematician whose work has had an enormous impact on how we live today,” Bank of England governor Mark Carney said on Monday. A statement by the Bank of England added that he “provided the theoretical underpinnings for the modern computer.”

Turing’s electro-mechanical machine, which foreshadowed the computer, broke the “unbreakable” Enigma code, which the Nazi authorities used to pass orders to their command chain. Bletchley Park, north of London, the site of Turing’s work, remained secret until the 1970s.

“As the father of computer science and artificial intelligence, as well as a war hero, Alan Turing’s contributions were far-ranging and path-breaking,” Carney said. “Turing is a giant on whose shoulders so many now stand.”

Turing also developed the Turing Test, which was designed to determine if machines are capable of human-like intelligent behavior. It became a cornerstone of the philosophy and ethics of what later became known as artificial intelligence.

But Turing had his job taken away from him and was sentenced to chemical castration in 1952, after being convicted of gross indecency, for being in a sexual relationship with a man — a criminal offense at the time. Turing died in 1954, although it is not clear whether he took his own life.

In 2009, then-UK Prime Minister Gordon Brown apologized to Turing on behalf of the government and, after pressure from activists across the UK, Queen Elizabeth granted a royal pardon to Turing in 2013. The 2014 film The Imitation Game, which won an Oscar, showcases Turing’s story.

The “Alan Turing Law” in 2017 pardoned all men who had been convicted of gross indecency . Homosexual acts between men were decriminalized in England and Wales in 1967, with the age of consent equalized in 2000.

The £50 note will also include a quote by Turing about the possibilities of machine intelligence. “This is only a foretaste of what is to come and only the shadow of what is going to be” will feature alongside a table and formula from one of his papers, published in 1936.

An image of a pilot computer will also feature on the bill.

The new £20 will feature the painter J M Turner, the Bank of England also announced. The notes are expected to enter circulation in 2021.

The Bank of England issues banknotes for England and Wales, but is not responsible for the designs of the notes issued separately in Scotland and Northern Ireland by seven separate banks.