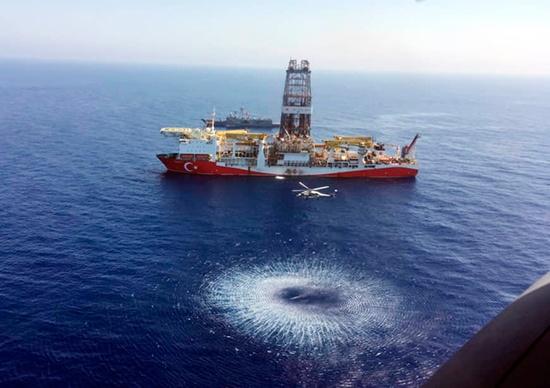 Reuters- ISTANBUL (Reuters) — European Union decisions to curb contacts and funding for Turkey over its drilling for gas and oil off Cyprus will not affect its determination to continue energy activities in the region, the Turkish foreign ministry said on Tuesday.

The ministry said the EU’s failure to mention Turkish Cypriots in its decisions, taken on Monday, “showed how biased and partisan the EU is on the subject of Cyprus.”

The EU suspended negotiations on the Comprehensive Air Transport Agreement and agreed not to hold the Association Council and further meetings of the EU-Turkey high-level dialogues for the time being.

It also endorsed a proposal to reduce the pre-accession assistance to Turkey for 2020 and invited the European Investment Bank to review its lending activities in Turkey, notably with regard to sovereign-backed lending.

“The decisions will not affect in the slightest our country’s determination to continue hydrocarbon activities in the Eastern Mediterranean,” the ministry statement said.

Ankara, which backs the breakaway northern part of the divided island, says that certain offshore zones fall under the jurisdiction of Turkey or of Turkish Cypriots. Cyprus was divided in 1974 after a Turkish invasion triggered by a brief Greek-inspired coup.Speech