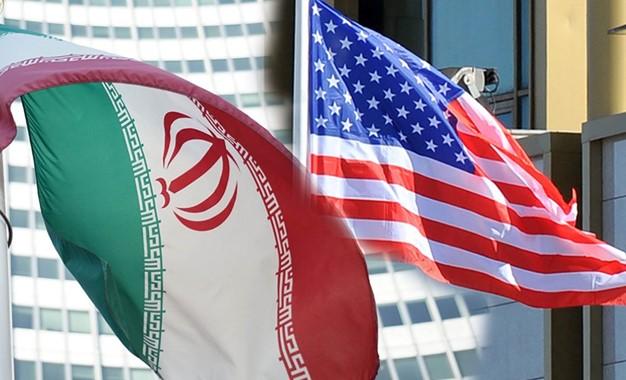 Iran has ruled out entering into negotiations over its ballistic missile programme, a spokesman for the country’s United Nations mission said, directly contradicting earlier statements by US Secretary of State Mike Pompeo.

“Iran’s missiles … are absolutely and under no condition negotiable with anyone or any country, period,” Alireza Miryousefi wrote on Twitter on Tuesday.

That flies in the face of what Pompeo told reporters at a White House meeting earlier in the day.

“For the first time … the Iranians said they are ready to negotiate on their missile programme,” Pompeo had said.

Iran’s missile programme has long been a contentious issue between the two countries, especially after US President Donald Trump backed out of the 2015 Iran nuclear accord last year.

Under the terms of that agreement, the Iranian government agreed to curb its nuclear programme in exchange for a lifting of international sanctions.

Since that time, the United States has reimposed strict sanctions targeting Iran’s oil, metals and financial sectors in what Washington calls a “maximum pressure” campaign against the country.

A timeline of US-Iran tensions

Tensions have skyrocketed between the Washington and Tehran since US President Donald Trump announced last May that he was pulling out of the 2015 Iranian nuclear deal.

Here’s a timeline of key events that have led to, and marked, the recent escalation:

8 May 2018: US President Donald Trump announces plans to pull out of a 2015 nuclear deal with Iran. Under that agreement, the Iranian government agreed to curb its nuclear programme in exchange for a lifting of international sanctions.

5 November 2018: The US reimposes sanctions on Iran’s oil, banking and transport sectors. At the same time, Trump says he wants to gradually impose sanctions on the Iranian oil industry, citing concerns about upsetting energy markets and causing global price spikes.

30 April: Iranian President Hassan Rouhani signs a bill into law that declares all US troops in the Middle East as terrorists, and defines the US as a state-sponsor of terrorism.

2 May: The US stops issuing waivers to countries that import oil from Iran. Those waivers had allowed certain states, including Turkey, China, Japan, India and South Korea, to keep buying Iranian oil, despite American sanctions – and provided a lifeline for Tehran.

6 May: US National Security Adviser John Bolton announces that the Trump administration is deploying an aircraft carrier, as well as ships and bombers, to the Gulf. The move was meant to send a “clear and unmistakable message” to the Iranian government, Bolton said, amid intelligence reports that Tehran was planning attacks against American troops in the region.

7 May: Iran says it plans to withdraw from parts of the 2015 nuclear agreement with major world powers. The move comes one year after US President Donald Trump withdrew from the deal.

8 May: The Trump administration announces a new round of economic sanctions that will target Iran’s metals trade – iron, steel, aluminium and copper, specifically.

9 May: As the drums of war began to beat louder in certain circles in Washington, Trump tells reporters that he “would like to see them [Iran] call me” – a sign the US president is perhaps seeking to de-escalate the situation.

12 May: The United Arab Emirates says four oil tankers were damaged in “acts of sabotage” off the coast of Fujairah, just outside the Strait of Hormuz. The UAE did not assign blame for the incident, but said it would launch an investigation into what happened.

13 May: Mike Pompeo makes a surprise visit to Brussels, where he seeks to get European leaders on board with Washington’s “maximum pressure” strategy against Tehran. The US secretary of state gets a lukewarm reception, however, with the European Union’s foreign policy chief instead urging the US to show “maximum restraint”.

14 May: Iran’s Supreme Leader Ali Khamenei says the country will not go to war with the US. “Neither we nor they – who know war will not be in their interest – are after war,” Khamenei says.

15 May: Anwar Gargash, the UAE’s minister of state for foreign affairs, says the country is committed to “de-escalation” with Iran, while refusing to assign blame for the 12 May “sabotage” of the oil tankers.

That same day, the US orders non-emergency government employees to leave Iraq, citing fears of an imminent attack by Iranian-backed proxies in that country.

19 May: A Katyusha rocket is fired into Baghdad’s Green Zone, an area that houses government offices and foreign diplomatic missions, including the US embassy in Iraq.

21 May: A previously unknown Iraqi group claims responsibility for the rocket fired into the Green Zone. The Operations of Martyr Ali Mansour says the attack is retaliation for Trump’s decision to pardon a soldier who killed an Iraqi detainee in 2009.

In Washington that same day, US lawmakers are briefed by members of the Trump administration about its claims that Iran poses a threat to the country. Several members of Congress tell reporters they left the meetings unconvinced.

24 May: Washington announces plans to deploy 1,500 additional troops to the Middle East to counter Iranian threats, a decision Iran blasted as “extremely dangerous”.

28 May: US National Security Adviser John Bolton says the attack on four vessels off the Emirati coast was caused by “naval mines almost certainly from Iran”.

30 May-1 June: Saudi Arabia hosts a summit in Mecca to discuss recent tensions with Iran. On the eve of the talks, Riyadh blasts what it called Iranian “interference” in the region and demanded “firmness” over attacks in the Gulf.

7 June: The US imposes sanctions on Iran’s largest petrochemicals holding group, accusing Persian Gulf Petrochemical Industries Company of providing financial support to an engineering firm with ties to the IRGC.

13 June: Two oil tankers suffer damage after an unspecified attack in the Gulf of Oman. Hours after the incident, US Secretary of State Mike Pompeo points the finger at Iran, without providing evidence to back up his claim.

Iran immediately denies it was involved in the attacks, accusing Washington of seeking to derail diplomatic efforts to de-escalate the situation.

14 June: The head of the United Nations calls for an independent investigation into the incidents in the Gulf of Oman.

Earlier in the day, US Central Command releases a video that it says shows Iranian IRGC members removing an unexploded mine from one of the damaged ships. That comes after Trump himself says the incident has Iran “written all over it”.

Meanwhile, the owner of the Japanese vessel says crew members reported seeing objects flying towards them – which would appear to refute the US’s version of events. “The crew told us something came flying at the ship and they found a hole,” the owner says. “Then some crew witnessed the second shot.”

20 June: Iran says it shot down a US military drone entering Iranian airspace near the Straits of Hormuz. A US official confirms that a drone was shot down but says it was in international airspace.

21 June: US President Donald Trump says he ordered and then aborted a military strike on Iran roughly 10 minutes before the operation took place.

Fighter jets were in the air to strike multiple Iranian military installations in response to Iran’s shooting down of an unmanned US drone a day earlier, according to US media reports.

Trump says he called off the strike after US generals reportedly told him the attack would kill 150 Iranians. The US operation was “not proportionate”, the US president says.

24 June: The US imposes a new round of sanctions on Iran, this time targeting the country’s supreme leader, Ayatollah Ali Khamenei.

25 June: Trump threatens Iran with “obliteration” if the country were to strike American targets. His comments come after Iranian President Hassan Rouhani called the White House “mentally retarded” and vowed that Tehran would not back down from US sanctions.

Also on Tuesday, Iran’s Foreign Minister Mohammed Javad Zarif tweets an article written by John Bolton in 2017, which outlines how the US should back out of the nuclear deal and detailing why the Iranians would not want to negotiate once the US withdraws.

28 June: The US Senate votes down an amendment that sought to bar Trump from being able to declare war on Iran without authorisation from Congress.

4 July: A supertanker suspected of carrying Iranian crude oil to Syria in violation of EU sanctions is detained in Gibraltar. Senior Iranian officials deny claims the tanker was headed to Syria.

5 July: A senior Islamic Revolutionary Guard Corps (IRGC) commander suggests that Iran should seize a British oil tanker if the Iranian vessel detained off Gibraltar is not released immediately.

9 July: General Joseph Dunford, a top US general, announces plans to set up a coalition of allied countries willing to patrol key waterways in the Gulf region.

Dunford says the US military would provide command ships and surveillance technology, while its allies would escort ships and patrol the Strait of Hormuz and Bab el-Mandeb.

Meanwhile, Gibraltar police announce the arrest of the captain and chief officer of the Iranian supertanker on suspicion that the ship had breached EU sanctions on Syria on 4 July.

Police also seize documents and electronic devices from the ship, which remains in custody.

The Trump administration says those measures aim to get Iran to limit its missile and nuclear programme, as well as halt its support for various armed groups in the region.

However, experts contend that Washington’s Iran policy is designed to impose regime change, a charge the administration denies.

“The idea is to collapse the regime, shock the Iranian system and get people out on the streets,” Trita Parsi, an expert on Iran, told Middle East Eye in May.

“The ultimate goal … is that Iran’s economy will be collapsed so severely that Iran’s political structure collapses,” Kenneth Katzman, a senior US government researcher on Iran, also told MEE in November.

“There’s no observable linkage between sanctions and Iran’s economic performance and its regional operations. Iran has been at the same level of regional activity as it was before these sanctions started,” he said.

Miryousefi’s tweet comes days after Iran breached the limits on uranium enrichment set out in the nuclear deal and threatened to go further if the European Union did not take steps to protect Iran from sanctions imposed by the US last year.

The EU, for its part, has set up a financial “special purpose vehicle” designed to evade US sanctions on Iran, particularly in regards to humanitarian trade.

Over the past weeks, tensions have skyrocketed between Washington and Tehran, after senior Trump administration officials accused Iran of being responsible for a series of attacks in the Middle East.

The Iranian government has repeatedly denied those accusations.