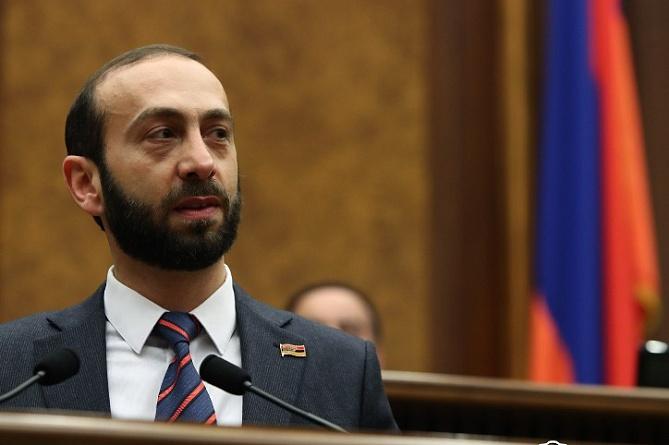 YEREVAN, July 17 /ARKA/. The United States shouldn’t put pressure on Armenia because of its sanctions against Iran, Armenian National Assembly Speaker Ararat Mirzoyan said Monday while speaking at the Atlantic Council in the United States.

A delegation headed by Mirzoyan is in the United States for a working visit from July 14. The delegation will be in Washington on July 18, in Boston on July 19 and 20 and then in New York on July 25 and 26.

“We want the United States not to put pressure on Armenia because of its sanctions against Iran,” he said adding that Armenia can’t pay such a price.
Mirzoyan stressed that tension between the United States and Iran has an adverse impact on Armenia’s economy.

The parliament speaker stressed the importance of relations with Tehran, since two of Armenia’s four borders are blocked.

“Relations with one friendly country shouldn’t be developed at the account of another one,” Mirzoyan said.