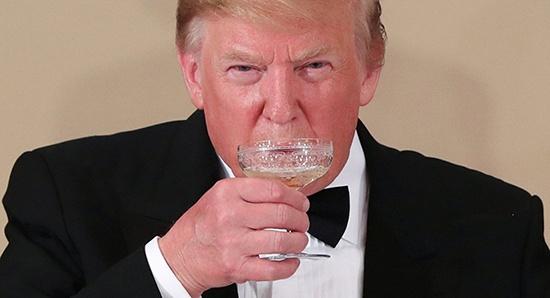 NEW YORK (Reuters) – Support for U.S. President Donald Trump increased slightly among Republicans after he lashed out on Twitter over the weekend in a racially charged attack on four minority Democratic congresswomen, a Reuters/Ipsos public opinion poll shows.

The national survey, conducted on Monday and Tuesday after Trump told the lawmakers they should “go back and help fix the totally broken and crime infested places from which they came,” showed his net approval among members of his Republican Party rose by 5 percentage points to 72%, compared with a similar poll that ran last week.

Trump, who is seeking re-election next year, has lost support, however, with Democrats and independents since the Sunday tweetstorm.

Trump’s overall approval remained unchanged over the past week. According to the poll, 41% of the U.S. public said they approved of his performance in office, while 55% disapproved.

The results showed strong Republican backing for Trump as the Democratic-led U.S. House of Representatives passed a symbolic resolution on Tuesday, largely along party lines, to condemn him for “racist comments” against the four Democratic lawmakers..

All four U.S. representatives – Alexandria Ocasio-Cortez of New York, Ilhan Omar of Minnesota, Ayanna Pressley of Massachusetts and Rashida Tlaib of Michigan – are U.S. citizens. Three were born in the United States.

The public response to Trump’s statements appeared to be a little better for him than in 2017, after the president said there were “very fine people” on both sides of a deadly white nationalist rally in Charlottesville, Virginia.

In that instance, Trump’s net approval dropped by about 10 points a week after the Charlottesville rally.

This time, while Democrats and some independents may see clear signs of racial intolerance woven throughout Trump’s tweets, Republicans are hearing a different message, said Vincent Hutchings, a political science and African-American studies professor at the University of Michigan.

“To Republicans, Trump is simply saying: ‘Hey, if you don’t like America, you can leave,” Hutchings said. “That is not at all controversial. If you already support Trump, then it’s very easy to interpret his comments that way.”

By criticizing liberal members of the House, Trump is “doing exactly what Republicans want him to do,” Hutchings said. “He’s taking on groups that they oppose.”

The Reuters/Ipsos poll was conducted online in English and gathered responses from 1,113 adults, including 478 Democrats and 406 Republicans in the United States. It has a credibility interval, a measure of precision, of 3 percentage points for the entire group and 5 points for Democrats or Republicans.