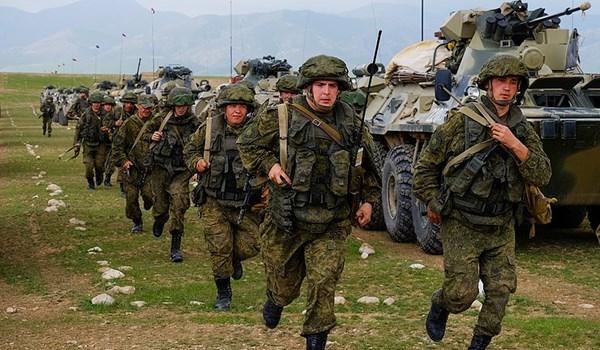 The pro-militants Smart News website quoted special sources as saying that the Russian Army has sent large amount of weapons and military equipment comprising artillery units and missile launchers as well as many military tanks for the Syrian Army in contact lines with terrorists in Northern Hama.

It noted that the Russian military equipment had arrived in Syria’s Tartus port on two ships.

The Arabic-language al-Watan newspaper also reported that the Syrian Army units pounded the terrorists’ movements in Tal Sakik and Atshan regions in Northern Hama, killing and injuring a large number of terrorists.

In Northern Aleppo, the Syrian Army’s artillery units destroyed several military positions of the terrorists in response to attacks by the terrorists stationed in Rashedeen region in Western Aleppo on residential areas of Aleppo City as well as civilian casualties.

In a relevant development in late May, the Syrian Army launched air and ground strikes on Ankara-backed militants across Aleppo province.

The Syria Army had engaged in fierce clashes with Faylaq al-Sales terrorists as artillery units pounded the Ankara-backed militants’ military positions near the town of al-Bab in Northern Aleppo, the Arabic-language al-Watan newspaper reported.

The sources further said that the Syrian Army’s artillery units also pounded the terrorists’ military positions in the town of Khalseh in Southern Aleppo.

According to a military source in Aleppo city, the Syrian Air Force specifically targeted the Regiment 46 Base that is located just North of the provincial borderline of Idlib.

The heavy bombardment by the Syrian Air Force came just days after the Syrian Army sent a large number of reinforcements to the Southern Aleppo town of Al-Hadher.