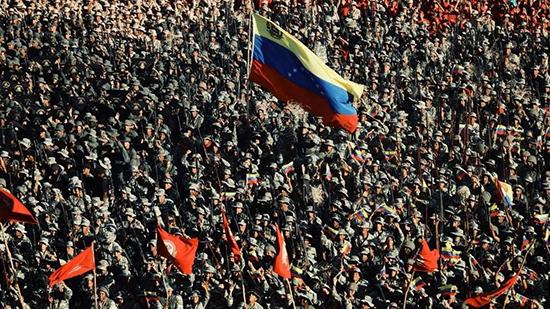 (Reuters) – U.S. President Donald Trump’s administration plans to divert more than $40 million in humanitarian aid for Central America to support the U.S.-backed opposition in Venezuela, according to an internal document obtained by Reuters on Tuesday.

The $41.9 million had been destined for Guatemala and Honduras, two of the three Central American countries at the center of a migration crisis in which thousands of people have fled poverty, violence and corruption and attempted to cross the southern U.S. border.

The congressional notification from the U.S. Agency for International Development said the money will instead be used for salaries, travel, communications equipment, technical assistance and training for the management of a government budget and other needs for the Venezuelan opposition.

The memorandum, dated July 11, says the funds are necessary because of “a significant, exigent event in the U.S. national interest, specifically the rapidly evolving crisis in Venezuela.”

The memo and its contents were first reported by the Los Angeles Times.

Spokespeople for the State Department, Venezuelan opposition leader Juan Guaido and Venezuela’s Information Ministry did not immediately respond to a request for comment.

Maduro, meanwhile, has called Guaido a U.S.-backed puppet and has so far retained his grip on the levers of government.

The State Department announced in June it was slashing hundreds of millions of dollars of aid to El Salvador, Guatemala and Honduras after Trump said the three countries were not doing enough to stem migration.

Reporting by Patricia Zengerle; Additional reporting by Eric Beech and Makini Brice in Washington, Brian Ellsworth in Caracas and Luc Cohen in Caracas; Editing by Chris Reese and Sonya Hepinstall