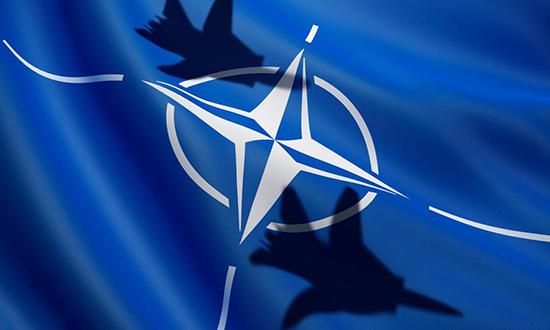 Last week, a final version of the report was published online, and it omits the specific reference to where bombs are stored. Instead, the report refers vaguely to aircraft that could carry nuclear weapons.

A recently released – and subsequently deleted – document published by a NATO-affiliated body has sparked headlines in Europe with an apparent confirmation of a long-held open secret: U.S. nuclear weapons are being stored in Belgium, Germany, Italy, the Netherlands and Turkey.

A version of the document, titled “A new era for nuclear deterrence? Modernisation, arms control and allied nuclear forces,” was published in April. Written by a Canadian senator for the Defense and Security Committee of the NATO Parliamentary Assembly, the report assessed the future of the organization’s nuclear deterrence policy.

But what would make news months later is a passing reference that appeared to reveal the location of roughly 150 U.S. nuclear weapons being stored in Europe.

According to a copy of the document published Tuesday by Belgian newspaper De Morgen, a section on the nuclear arsenal read: “These bombs are stored at six US and European bases – Kleine Brogel in Belgium, Buchel in Germany, Aviano and Ghedi-Torre in Italy, Volkel in The Netherlands, and Incirlik in Turkey.”

The document does not attribute this information to any source. Last week, a final version of the report was published online, and it omits the specific reference to where bombs are stored. Instead, the report refers vaguely to aircraft that could carry nuclear weapons.

“The European Allies often cited as operating such aircraft are Belgium, Germany, Italy, The Netherlands, and Turkey,” the document said, with a footnote citing a 2018 report by the Nuclear Threat Initiative, a U.S. nongovernmental organization.

Sen. Joseph Day, the author of the report, wrote in an email that the first version of the report was only a draft and that changes may be made to the report until it is dealt with by the NATO Parliamentary Assembly in November. “All information used in this report is open source material,” he wrote.

As a rule, neither the United States nor its European partners discuss the location of Washington’s nuclear weapons on the continent. “We do not comment on the details of NATO’s nuclear posture,” said a NATO official, speaking on the condition of anonymity in line with the organization’s rules for talking to the media.

“This is not an official NATO document,” the official added, noting that it was written by members of the NATO Parliamentary Assembly.

A number of European outlets, however, viewed the report as confirmation of an open secret. “Finally in black and white: There are American nuclear weapons in Belgium,” ran the report in De Morgen. “NATO reveals the Netherlands’s worst-kept secret,” said Dutch broadcaster RTL News.

The presence of U.S. nuclear weapons in Europe was indeed “no surprise,” Kingston Reif, director for disarmament and threat-reduction policy at the Arms Control Association, said in an email. “This has long been fairly open knowledge.”

There had been a number of clear indications of the presence of U.S. nuclear weapons before. A diplomatic cable from a U.S. ambassador to Germany suggested that there were concerns about how long the weapons could be kept in these countries.

“A withdrawal of nuclear weapons from Germany and perhaps from Belgium and the Netherlands could make it very difficult politically for Turkey to maintain its own stockpile,” read the memo, written by then-U.S. Ambassador Philip Murphy in November 2009.

The presence of the weapons derived from an agreement reached in the 1960s and is in many ways a relic of the Cold War era – designed not only to act as deterrence to the nuclear armed-Soviet Union, but also to convince countries that they didn’t need their own nuclear weapons program.

But times have changed. In 2016, after a coup attempt and the rapid spread of the Islamic State extremist group next door, analysts openly wondered whether Turkey was really such a great place to store nuclear weapons.

Meanwhile, near Germany’s Buchel air base, the failure of arms-control treaties with Russia has prompted fears about a new arms race.

“The military mission for which these weapons were originally intended – stopping a Soviet invasion of Western Europe because of inferior U.S. and NATO conventional forces – no longer exists,” Reif said.