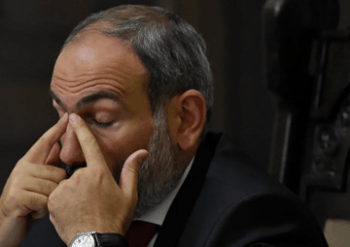 Expensive mansions and cars of people in power in Armenia and abroad have long been integral parts of the life of state officials who led the republic for more than two decades since the collapse of the Soviet Union. It seemed that Armenia’s corruption was insurmountable, but the change of power in May 2018 has awakened the Armenian society’s hope for the triumph of justice and openness at all levels of power without exception.

Nikol Pashinyan proclaimed the struggle against dishonest officeholders, whose offshore interests were camouflaged by cheap populism. The change of power in Armenia was accompanied by a number of high-profile anti-corruption cases against dozens of former government officials. The General Manvel Grigoryan case alone deserves special notice. However, this is only the tip of the iceberg, as individual manifestations of corruption have not disappeared. Therefore, there is a perception in society that the new government is also powerless against one of the deep-rooted problems of modern Armenia.

The problem of corruption in Armenia is not limited to bribes to road patrol officers, the situation is much more complicated. Corruption is based on the structure of society, where a separate class of bureaucracy without any random people exists. After the collapse of the Soviet Union, the young republic needed a reliable capitalist class, on which it could rely during the transition to market relations. However, the war, the occupation of Karabakh and the blockade of Armenia become the focus of the public attention, while the state apparatus, state institutions gradually merged with big business or their representatives. Under the criminal power of Kocharyan and Sargsyan, officials began to have common interests with the oligarchs, or run the business themselves, directly or through third parties.

Speaking about the strong polarization of the population and the disappearance of the middle stratum, Nikol Pashinyan does not say that the corruption of the Armenian bureaucracy is due to the objective interests of the Armenian capital. But Pashinyan does not dare to declare war to the whole class, preferring to argue the support of unprofitable infrastructure companies (Electric Networks of Armenia) by the lack of alternatives, limiting himself to indicative criminal proceedings in respect of individual officials.

In fact, the Armenian people are deprived of the right to development, as the republic’s numerous infrastructure companies are in the hands of people pursuing purely personal interests. However, Pashinyan touched on one of the most painful topics of the society, which fully trusted him and supported the change of power. Pashinyan and his team are trying to find a universal way of management, thanks to which the prime minister will be able to determine the further actions of society, depending on what the authorities decide. This also applies to the recent call to block court buildings, including the work of judges in Armenia. Putting forward “We are the masters of our country!” as a slogan, Pashinyan does not specify who exactly is “we.” The current government does not dare to admit that there is no truly independent judicial system in the country, the courts are under constant pressure. New Armenia inherited hundreds of doctors, judges, officials, generals and even ministers whose reputation has been tainted by corruption scandals. In March, ex-deputy health minister Arsen Davtyan was caught red-handed during bribe-taking. Surprisingly, the briber was the director of the Republic Institute of Reproductive Health, Perinatology, Obstetrics and Gynecology, the Honored Doctor Razmik Abrahamyan. Then it also became known that the judge of the Kotayk Province Court of General Jurisdiction Gagik Geboyan was arrested on suspicion of taking a grand bribe. In early July, the National Security Service of Armenia arrested an employee of the State Revenue Committee over bribe-taking.

The authorities admit that getting rid of bribery is completely unrealistic – it’s a question of scale. There are restrictions on the issue of recruitment, as employees of anti-corruption bodies can do business themselves and be involved in corruption when providing services. Pashinyan prefers not to imprison people, considering it more reasonable to receive financial compensation from corrupt officials. However, in this case, he risks to be severely limited in actions, since he has to carry out separate work to identify the circle of people, explore the depth of the state apparatus and business for subsequent scanning identify those who should be and who shouldn’t be prosecuted for possible corruption violations.

Ultimately, the velvet revolution, with all its anti-corruption tendencies, did not bring the expected results – they seem symbolic and do not affect relations in society.