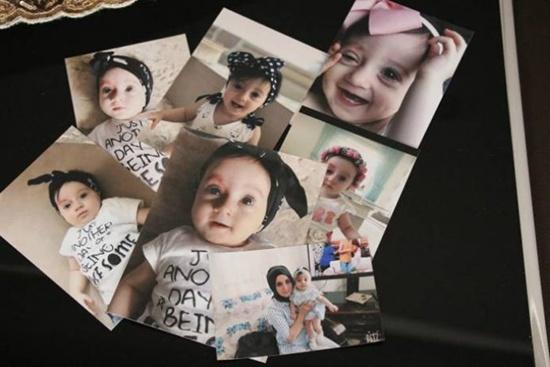 A Turkish court has refused to release a young mother who is in prison with her one-and-a-half-year-old baby in southeastern Turkey although the baby has a growing tumor on her scalp, according to a Twitter account reporting on infants accompanying their mothers in prison.

The baby’s mother, Hülya Usanmaz, 31, who was the deputy co-chairperson of the Peoples’ Democratic Party (HDP) in the Artuklu district of Mardin, was detained in an operation in 2016 along with 70 others. She was subsequently arrested on charges of participating in the activities of a terrorist organization although not a member of it.

Usanmaz was released pending trial a short while later; however, she was sent to jail again in November 2018 after a sentence of six years, three months handed down by the Mardin 2ndHigh Criminal Court was upheld by an appeals court.

The woman, who has three children, had to take the youngest, named Avşin, who suffers from a condition known as hemangioma, to prison with her.

A hemangioma is a benign vascular tumor derived from blood vessel cell types, most commonly seen on the skin at birth or in the first weeks of life.

A tumor on Avşin’s scalp began to grow bigger while she was in prison and spread to her face. Although Uslanmaz’s lawyers are petitioning the court for the release of the woman and asking for the postponement of her sentence due to Avşin’s condition, the court refuses to release the woman.

According to the Mezopotamya news agency, Avşin’s doctors at a private hospital in Adana also wrote a medical report warning that prison conditions are not suitable for the baby and lack of sunlight and fresh air could make her condition worse.

In the aftermath of a failed coup attempt on July 15, 2016, more than 17,000 women from all walks of life including teachers, doctors and housewives have been jailed in Turkey on coup or terrorism charges in government-led operations. There are currently more than 800 children accompanying their mothers in Turkish jails.