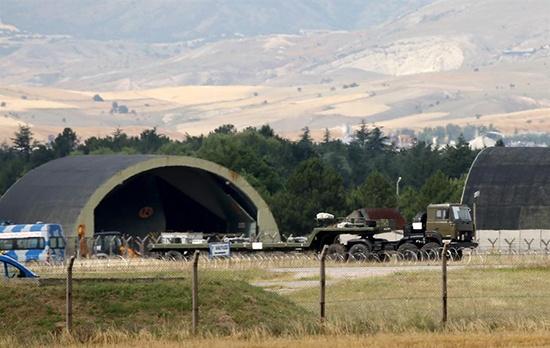 The initial delivery of the Russian S-400 defense missile systems by air will continue until July 23 for parts of the Russian batteries, its launchers and the electronic equipment of radar systems, which will enable the final integration of the missiles when they arrive in Turkey, a Turkish official has told Hürriyet Daily News.

The 13th plane arrived in Turkey on July 17 to deliver components of the long-range airdefense systems.  The missiles are planned to be dispatched by sea, according to a military source, Russia’s state-run TASS news agency reported.

Turkey on July 12 received the first shipment of the Russian S-400 air defense systems. Since then, cargo flights from Russia have been arriving on Mürted Air Base in the capital Ankara.

The deployment of the first batch of the systems will be completed by the end of the year and total deployment will finalize until April 2020, President Recep Tayyip Erdoğan had said earlier.

Talks over the S-400 systems between Ankara and Moscow commenced in November 2016.

Turkish President Recep Tayyip Erdoğan in September 2017 announced that Turkey and Russia signed an agreement regarding the procurement of the S-400s.

Body of Maeve Kennedy Townsend recovered, search for her son to continue