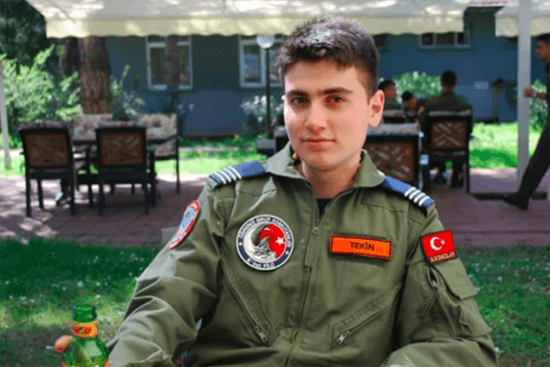 The sister of a military cadet who was killed on the Bosporus Bridge on the night of a failed coup in Turkey on July 15, 2016 has posted the message of a man from her Twitter account who claims to have killed her brother, the TR724 news website reported on Wednesday.

Murat Tekin, 25, was one of a group of cadets who were deployed to the Bosporus Bridge in İstanbul on the night of the coup attempt, which claimed the lives of some 250 people and was suppressed overnight. His sister, Mehtap, has been claiming that his throat was cut by an angry mob, backing up her allegation with an autopsy report that stated that his body exhibited injuries caused by sharp objects.

On Tuesday Mehtap Tekin posted a message from a man by the name of Yusuf Tosun from her Twitter account, saying that he claims to be the killer of her brother.

In the message Tosun says he was the one who cut the throat of her brother on the Bosporus Bridge and tells Tekin to stop her efforts for an investigation into the murder.

He said he was one of a group of 100 people who went to the bridge when the news about a coup attempt and the blocking of the bridge by the putschists broke. “I slit the throat of the soldier. If I see any of you shooting at civilians there or massacring a civilian, I will cut your throat as well,” he added.

Tekin said she informed her lawyer about Tosun’s message and would ask prosecutors to launch an investigation into the owner of the Twitter account who wrote the message.

When Tosun’s message led to outrage on social media, with many calling him a murderer and demanding his arrest, he posted another message saying that he was being sarcastic and did not cut anybody’s throat.

Military cadets who were taken to the Bosporus Bridge on the night of the coup attempt claim they did not have any idea about a coup attempt unfolding as their superiors told them there was a terrorist attack on the bridge. Many of these cadets have been behind bars since the coup attempt and have been given life sentences on coup charges.