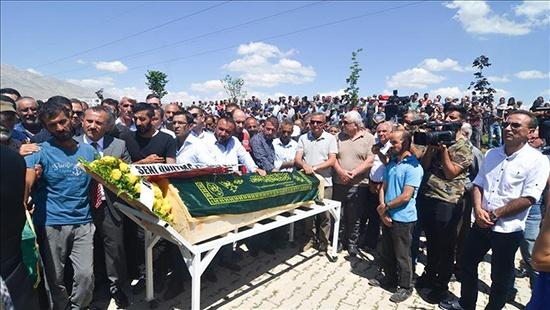 On July 15, Ayaz Güloğlu, 8, lost his life at the scene after stepping on the explosive planted by the PKK terrorists.

Ayaz’s sister Nupelda, 4, lost her life at an Elazığ hospital after being rushed there by a military helicopter.

The children’s bodies were buried in Çakmaklı village graveyard with attendance of large number of citizens as well as officials.

The death of kids has sparked a public outcry across Turkey against the PKK terrorist group.

In its more than 30-year terror campaign against Turkey, the PKK — listed as a terrorist organization by Turkey, the U.S. and the EU — has been responsible for the death of some 40,000 people, including women, children and infants.