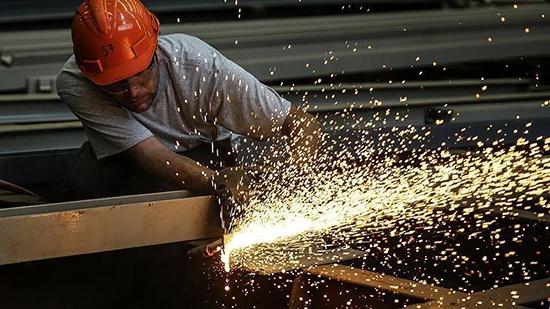 The Turkish economy‘s total turnover saw an annual rise of 14.4% in May, according to a report released by the country’s statistical authority on July 17.

On the services side, the turnover index rose 22.8%, and the figure in trade increased by 14.1%, year-on-year.

However, the construction sector’s turnover dropped 20.7% on a yearly basis in the same month.

The official report also revealed that Turkey‘s seasonally and calendar-adjusted total turnover index — shows monthly change — increased by 1.1% in May.

According to TÜİK’s definition, turnover is an important short-term indicator used to assess the country’s economic situation.

Turnover indices are composed of sales of goods and services invoiced by enterprises in the reference month over a certain period, to monitor developments on a quarterly and yearly basis.

All enterprises that declare their value-added tax payments to the country’s Revenue Administration are included in the turnover index calculation.