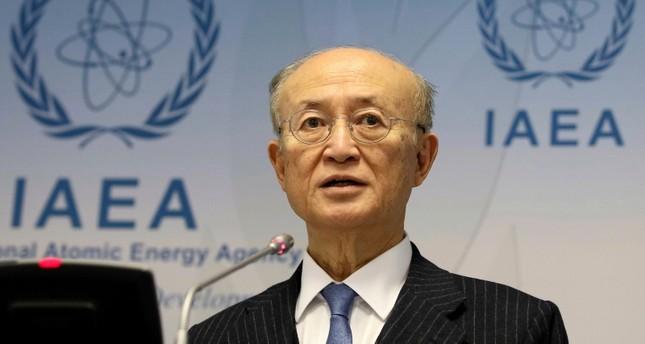 Yukiya Amano has been director-general of the International Atomic Energy Agency (IAEA) since 2009 and his latest mandate had been due to run until 2021.

The head of the UN’s nuclear watchdog Yukiya Amano will step down in March for health reasons, diplomatic sources said Wednesday, as the agency navigates verification of the increasingly fragile Iran nuclear deal.

“An official statement about his departure is expected next week,” a diplomat, who spoke on condition of anonymity, told AFP.

Amano has been director-general of the International Atomic Energy Agency (IAEA) since 2009 and his latest mandate had been due to run until 2021.

But the 72-year-old Japanese national is seeking to step down for health reasons, another diplomat told AFP, also on condition of anonymity.

The IAEA declined to comment Wednesday other than to say Amano was in contact with members of the agency’s board of governors “regarding his future plans”.

“He will make a formal communication to the board at an appropriate time,” the Vienna-based agency’s press office said.

Last week, Amano missed a special meeting of the board called at the US’s request after it was confirmed that Iran had broken two limits in the landmark 2015 nuclear deal, called the Joint Comprehensive Plan of Action (JCPOA).

Last September, Amano missed a board of governors meeting and the agency’s general conference after undergoing a medical procedure outside of Austria.

The agency has 171 member states, but it will be for the 35 members of its board of governors to nominate a new head.

President Donald Trump pulled the US out of the JCPOA last year and re-imposed economic sanctions on Iran.

The other parties to the accord — notably China, France, Germany, Russia and the UK — are still trying to save it.

Since the beginning of this month, Iran has started to increase its stockpile of enriched uranium and the level of enrichment beyond limits set in the JCPOA.