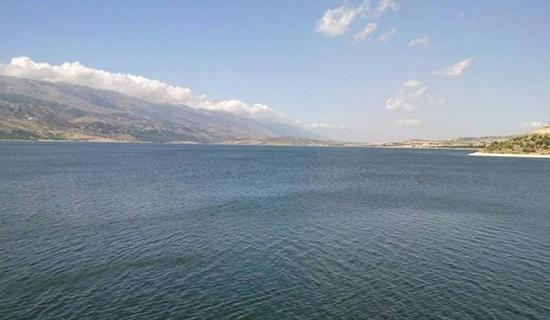 BEIRUT: Lebanon is rich and has abundant natural water resources compared to other Middle Eastern countries.

However, the small Mediterranean country faces very diverse and difficult water challenges. For example, from a qualitative perspective, Lebanon faces poor public water quality, as many of its main rivers such as the Litani River are heavily polluted, while its underground water is contaminated by sewage sources as well as a sea-water intrusion in coastal underground acquirers. Moreover, one of the constructed water dams the Quaraoun Dam is heavily polluted by heavy metals and chemicals from agriculture.

Despite some partly functioning waste-water treatment facilities in the country, a large amount of waste-water is discharged untreated into the Mediterranean Sea and in watercourses (Rivers). Infrastructure for the delivery of potable water supply has been steadily deteriorating over recent years, with serious impacts on public health and the environment. Populations living in main cities, as well as in rural areas are most affected, with scheduled water supplies for only a few hours per week and water that frequently does not meet national drinking standards and water norms.

Lebanon faces several challenges in the sector. Precipitation is largely concentrated during the first three months of winter, while demand is highest in the dry summer months.

As Lebanon has few dams or other storage facilities, much of this water flows to the sea without being used. Forecasts show that water use is likely to increase significantly in the future as a result of population increase and urban extension, further straining water resources. Despite considerable investments, supply is still frequently interrupted and network coverage is inconsistent across the country.

Moreover, the network is badly maintained and often very outdated, resulting in a 48 percent average loss through leakage.

Water establishments have been unable to apply key measures to provide a more reliable water supply or to improve their financial capability. With bill collection rates at an average of 47 percent, they also remain financially unsustainable. As water is priced at a flat rate, consumers see no reason to save water, while the water establishments have no incentive to spend more on operation and maintenance, such as leak detection and repair.

Around 92 percent of Lebanon’s sewage flows into rivers and the sea untreated. Wastewater management is fragmented, with responsibility for project planning and implementation (treatment facilities and connections to networks) split between the Council for Development and Reconstruction, water establishments and municipalities. The largely donor-driven investment process has resulted in a mismatch between wastewater collection and treatment capacity. Besides the severe pollution of surface and groundwater, the failure to treat wastewater is also a waste of a viable resource, as treated wastewater could be reused in agriculture.

The need for a change is clear. On average, Lebanon has 8 billion cubic meters of rainwater a year, the equivalent of 3 million Olympic-sized swimming pools. In 2011 alone, more than 10 billion cubic meters of water poured down on us. Sadly, we only make use of 17 percent of the available water if not less, due to inefficient management and governance.

Reforms by the Ministry of Energy and Water to improve water governance and services were undertaken but progress was painfully very slow as little change is palpable, due to the political instability and the dysfunction of the previous Lebanese cabinets formed during the past years.

Currently, in 2019, the Ministry of Energy and Water launched the preparation for updating the National Water and Waste-Water Sector Strategy for 2020-2035 which is vital for a good governance system in the sector.

With new reforms, the Lebanese Government (Ministry of Energy and Water), should adopt policies and procedures to improve the apparatus of national water security in the coming years. The most important of these is updating of legislation and laws that protect the water sector with an emphasis on the effectiveness of their implementation as well as activating private sector participation in the sector.

Moreover, a modernization of the existing Water Establishments to effectively be managed by private enterprises, where private companies include their employees as “Attaché” in those government water agencies.

This is done by developing integrated, comprehensive and coherent policies and strategies for effective water resources management through demand and supply and public-private partnership in the water sector.