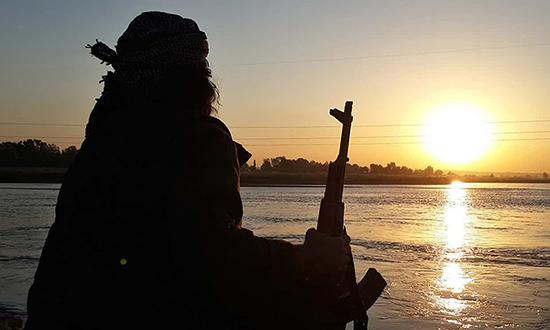 The four cases of women arrested in Singapore over the past three years reflect a greater involvement of females in terrorism. This could be attributed to women militants demanding a greater role to support Islamic State. Prevention of violent extremism (PVE) initiatives should be more gender-specific to help the authorities mitigate this growing development.

Recently 62-year-old Rasidah Mazlan was reported as one of three individuals arrested under Singapore’s Internal Security Act (ISA) for terrorism-related activities. Rasidah was placed under a Restriction Order for her indiscriminate online activity that led her to connect with foreign entities with suspected involvement in terrorism-related activities, some of whom had expressed support for Islamic State (IS). Rasidah was the fourth woman arrested in Singapore for supporting IS.

There is a general regional shift in women taking up more active roles compared to when Jemaah Islamiyah was the dominant militant force in the region. Initially passive and supportive in nature, women have been inspired by IS to undertake roles as wives, online recruiters, supporters of finance and logistics, sympathisers, attackers and propagandists. Significantly, there has been a gradual rise of female attackers in this region.

Singapore is not spared from this trend. In 2017, Singapore arrested its first female radical, Syaikhah Izzah Zahrah Al Ansari. Although Syaikhah was radicalised online, she was not a passive supporter. Syaikhah had been actively posting and sharing pro-IS propaganda on her social media platforms since 2014. Thus far, at least two of the four Singaporean females arrested under ISA had intentions to join IS in Syria.

The shift towards greater participation of women is largely because IS female supporters inhabit an egalitarian society online, just like other netizens. Social media has blurred stereotypical gender roles and has provided radical women with opportunities for more active participation in militant circles. The anonymity and indirect communication in social media have allowed radical women to recruit both men and women. Since then, more women have been vigorous online recruiters, using social media platforms to reach out to women and men across borders.

Among the methods used is enhancement of their social media presence. For those who had fled to join IS, these women would often document their experiences online and promote life in Syria. This served to entice and encourage more women to travel to join IS, or to become radicalised and support IS. Social media posts by these women were very detailed to the extent that they were referred to by male radicals. Their social media posts have proven to be effective honey-traps for vulnerable females and males on social media who seek meaning in life or retribution against perceived injustice to Islam.

Since IS’ inception in 2014, it has repeatedly defined the primary role of women in various propaganda magazines (such as Dabiq and Inspire) as wives and mothers who nurture the next generation of fighters. In April 2018, the sixth edition of the Indonesian pro-IS magazine Al-Fatihin highlighted the prohibition of women to participate in any combat activities until the need arises: “Women are encouraged to physically fight only if the safety of their house is in danger.” In their passive roles, women were not encouraged to take up arms as combatants.

Yet, it has become more apparent that radical women in this region are becoming increasingly unreceptive to the traditional rendition of their roles. There are online indications that women are expressing bolder views and venting their frustrations and desire to be given an equal level of participation as men. After the fall of IS’ last stronghold in Baghouz, there appears to be a new wave of narrative among IS female supporters.

Online radical chatter in Southeast Asia has seen women exhibiting frustrations of being sidelined and voicing a strong desire to be more involved and useful to IS. Some IS women supporters are coming together with like-minded individuals to vent their unhappiness at not being allowed to undertake combat roles. This vociferous desire for significant participation is seen in postings asserting that women should be “allowed to spill blood” in the cause of IS.

It is hence timely for the relevant authorities and community and civil society organisations (CSOs) to craft prevention of violent extremism (PVE) initiatives that are female-centric. Despite its traditional outlook on women, IS has produced female-centric propaganda; for the first time last year, it published a video that featured female fighters. While sporadic, the current wave and narrative online can lead to an upward trend of women radicalised on the Internet. Thus, agencies involved in PVE should seriously consider strategies that specifically target women.

At another level, while there have been active efforts to create alternative narratives online to combat IS’ distorted ideological messages, there is a need to create more materials specifically meant for women. Narratives, messages and outreach platforms need to be differentiated for men and women.

For example, misguided notions like Martyr’s Widow that largely appeal to women sympathisers should be corrected. In their view, earning the title of a Martyr’s Widow allows them to reap ‘heavenly rewards’ and elevates their status.

Counter-actions should be combined with capacity-building efforts such as identifying, training female asatizahs (religious teachers) specifically on ideological issues and other factors leading to female radicalisation, and their increased presence online and offline. This will also create more trained female asatizahs that can better guide fellow females.

Women such as Rasidah must have an authoritative and moderate point of reference to guide their desire to do good, rather than turning to radical interpretations of how they can contribute to the welfare of fellow Muslims. Gender-specific strategies may help to mitigate the future burgeoning of radical women, keen on a more operational and aggressive role in what they perceive to be in just defence of their religion.