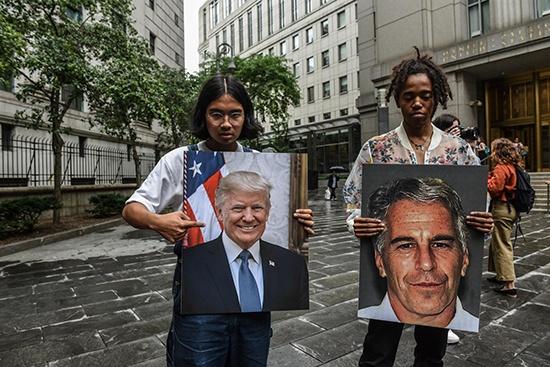 US District Judge Richard Berman rejected Jeffrey Epstein’s request to pay for armed guards to be under house arrest in his New York mansion valued at $77 million.

American financier Jeffrey Epstein will remain behind bars while he awaits trial on charges of sex trafficking dozens of underage girls, a US judge ruled on Thursday.

US District Judge Richard Berman rejected Jeffrey Epstein’s request to pay for armed guards to be under house arrest in his New York mansion valued at $77 million. Epstein has pleaded not guilty.

Jeffrey Epstein’s lawyers did not respond to requests for comment.

Prosecutors had argued that Jeffrey Epstein should remain jailed both because he posed a danger to the community and because there was a high risk he would use his vast wealth to flee the United States.

“The government has established a danger to others and the community by clear and convincing evidence,” Judge Richard Berman said at a hearing in federal court in Manhattan, noting that two women who described being victimized by Jeffrey Epstein had said in court on Monday they would fear for their safety if he were released.

Jeffrey Epstein is accused of arranging for girls under the age of 18 to perform nude “massages” and other sex acts, and of paying some girls to recruit others, from at least 2002 to 2005. Jeffrey Epstein had employees who helped bring him girls, prosecutors said, though none has been charged.

In a written order issued later on Thursday to provide more detail about his decision, Richard Berman said that Epstein’s proposal to pay for his own guards was “especially problematic” because prosecutors alleged that “employees of the defendant may have engaged in unlawful acts with and on behalf of the defendant.”

Prosecutors have said that a search of Jeffrey Epstein’s Upper East Side home turned up hundreds or thousands of pictures of nude women, some of them minors, along with cash, diamonds, valuable art and an expired Australian passport with Jeffrey Epstein’s face but someone else’s name, claiming Saudi Arabia as place of residence.

Jeffrey Epstein is being held at the Metropolitan Correctional Centre, a fortress-like jail that has been criticized by inmates and lawyers for harsh conditions.

Richard Berman has scheduled the next hearing in Jeffrey Epstein’s case for July 31.

In a one-page summary of his finances filed in court, Jeffrey Epstein said he had a net worth of $559 million, with assets including his jet, four homes and two private islands.

In addition to house arrest, Jeffrey Epstein had offered to sign a bail bond of $100 million or more secured by his assets. However, the judge said that the bail package was inadequate, and that no other possible package was likely to do better.

Lawyers for Jeffrey Epstein have said their client has had an unblemished record since he pleaded guilty more than a decade ago to state prostitution charges in Florida and agreed to register as a sex offender.

Alex Acosta, who as US Attorney for the Southern District of Florida oversaw Jeffrey Epstein’s earlier deal, resigned last week as Trump’s secretary of labour, saying he did not want to be a distraction for the White House.